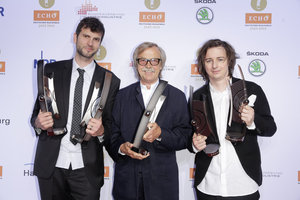 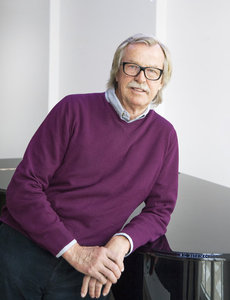 August 6th, 1940 Siegfried Loch is born in Stolp/Pomerania, now Slupsk, Poland.
He lives in Merseburg – East Germany, until 1951, when his family resettles in the west of the country (Hannover)

In 1955 he experiences his first encounter with jazz, a concert with Sidney Bechet in Hannover

From 1962 to 1966 Loch works as label manager jazz and producer for Philips Ton (Phonogram) in Hamburg. His first release as a producer is in December 1962 with Klaus Doldinger. In 1963 the American Folkblues Festival, George Gruntz, Ingfried Hoffmann, Klaus Weiss, Attila Zoller and first commercial success with the Star-Club productions featuring The Searchers, Rattles, Spencer Davis Group, Jerry Lee Lewis and others follow

From 1967 to 1970 he works as founding managing director of Liberty/United Artists Records and Metric Music Publishing in Munich.
Continues to work as a producer for (among others) Klaus Doldinger, Jean-Luc Ponty for Pacifc Jazz. He becomes commercially successful with Katja Ebstein and Sigi Schwaab

In 1975 he is appointed vice-president of WEA International

In 1988 Siegfried Loch founds ACT Publishing ltd. in London and the music production company ACT Music+Vision in Berlin (with his partners Annette Humpe and Jim Rakete)

1992 foundation of the ACT Jazz + World-Jazz Label in Hamburg.
Continuation of his activity as a producer with “Jazzpaña - The Mendoza-Mardin Project” (2 Grammy nominations in the USA)

1998 Loch moves from Hamburg to Feldafing / ACT office to Munich

2012 ACT celebrates its' 20th anniversary with a series of concerts with the ACT Family Band in Germany, France, Sweden and Turkey, several "ACT Piano Summits" and a concert in the chamber music hall of the Berlin Philharmonic. Germany's jazz fans choose ACT for the third time in a row as label of the year at the Echo Jazz. Siggi Loch receives the Skoda Jazz Award at the Jazzahead fair in Bremen

On November 3rd, 2014 Siggi Loch receives the "Order of Merit on ribbon" of the Federal Republic of Germany for his achievements that served the nation and earlier, in February 2014 the WDR Jazzpreis for his support of jazz from Germany with the "young german jazz" Series