Back to Overview
01.02.2018SpotlightEmile Parisien

A few weeks ago, the editors of the cultural tv magazine "Arte Metropolis" met soprano saxofonist Emile Parisien in Paris, talking about his musical career and his new album "Sfumato". The feature is now available online. 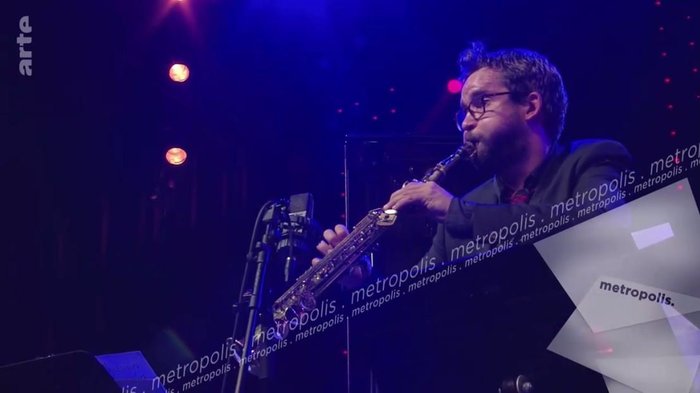 Just at the beginning of 2017 Jazz thing magazine (DE) cut straight to the chase: “Unbelievable in what short time Emil Parisien became one of the most influencial French musicians. ‘Sfumato’ is the title of the new album of the 34-year-old, who, as a soprano saxofonist, doesn’t need to fear any competitor worldwide. This work will constitute his even more.” And so it happened. Shortly after the release the French „Jazz Magazine“ and the German music magazine „STEREO“ voted „Sfumato“ album of the year. Shortly after, Emile Parisien received the “Victoires Du Jazz”, the jazz-branch of the most important French music award, for the album of the year. And in Germany, Parisien received the ECHO Jazz, the most important German music award, as saxophonist of the year. Topping an outstanding year, French “Jazz Magazine” elects Emile Parisien artist of the year 2017. Deutschlandfunk Kultur (DE) called Parisien a “Superstar of the jazz scene in France” (Matthias Wegner), Fono Forum (DE) states: “Emile Parisien carries on the magial sound of the soprano saxophone – following in the footsteps of Sidney Bechet, Johnny Hodges, Steve Lacy, John Coltrane, Wayne Shorter and Evan Parker.“ (Karl Lippegaus). The British “Guardian” gave a rare 5-star rating and called “Sfumato” "An exhilarating genre-hop bubbling with captivating remakes of US and European jazz traditions. An exuberant album.“ (John Fordham). And the renown French magazine „Télérama” wrote “Parisiens inventiveness end energy and nothing short of breathtaking.” (Michel Contat).

Also live, the year 2017 was the peak of Emile Parisien’s young career so far. In this year alone he played at festivals like Jazz Sous Les Pommiers, Jazz dor Berlin, Bergen Jazz Festival, Elbjazz, Jazz Baltica, Montreux Jazz Festival, Jazz a Vienne, Umbria Jazz, London Jazz Festival, Rheingau Musik Festival, Jazzfest Viersen, Nancy Jazz Pulsations and some of the most famous classical hallslike  Philharmonie Essen, Konzerthaus Wien, Elbphilharmonie or Konzerhaus Berlin. A special highlight of 2017 was his residency at the Marciac Jazz Festival – the place where Parisien once developed his love and dedication for jazz as an audience member. An unforgettable moment: Wynton Marsalis as a guest in Parisien’s “Sfumato” band. And also beyond this it seems, as if Parisien is able to shine in just ANY musical setting: as part of the celebrated European allstar-quartet “Out of Land” (Parisien / Peirani / Schaerer / Wollny), in duo with his musical “brother” Vincent Peirani, together with living legends like Joachim Kühn, David Liebman and Michael Portal or Electro-avantgardist Jeff Mills. And a very special collaboration from 2017 will be release on March 23th as an album: Emile Parisien’s encounter with the Michael Wollny Trio, named “Wartburg” after the place of the recording during an ACT25 jubilee concert.

With three albums in three years  („Belle Epoque“ 2014 / „Spezial Snack“ 2015 / „Sfumato“ 2016) and at the age of only 35 years, Emile Parisien has made it in breathtaking tempo to the top of his instrument worldwide and made clear: Europe has a new jazz star.