Siggi Loch about the demise of Al Jarreau

Last night the marvelous Al Jarreau left us. A great loss for the music world.

I was fortunate enough to have met him first on April 30th 1975 at the Troubadour in L.A. (as a support act of Less McCann) and was able to convince Warner Bros. to sign him.

In March 1976 we brought him to the famous club “Onkel Pö” in Hamburg. It was the beginning of his great friendship with Germany. In April 1976 he received the German Record Critics Award by the German Phono Academy in Berlin. On November 5th, 1976 he gave an unforgettable concert at the JazzFest Berlin. What followed were 15 extremely successful years of collaboration with Warner.

In 2016 Al Jarreau and I met again in the course of my laudation for his lifetime achievement at the German Music Award in Frankfurt (photo). The last time a saw him was on November 22nd at the Olympia in Paris with his “Ellington Songbook” programme together with the NDR Big Band.

The world has lost one of it’s greatest artists and I furthermore, also a dear friend. 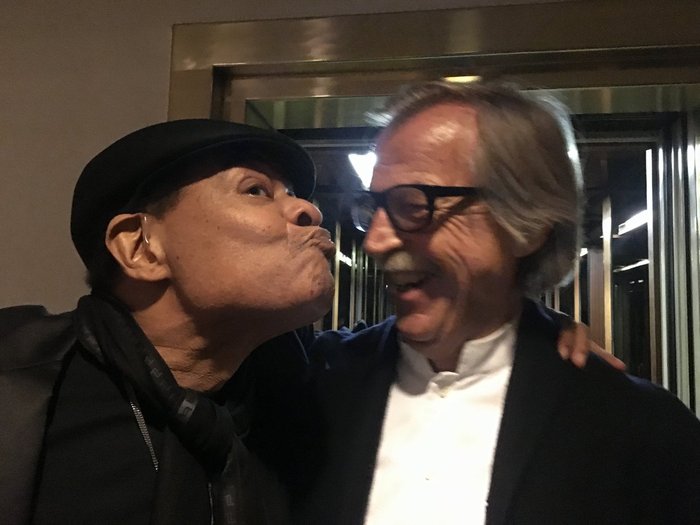