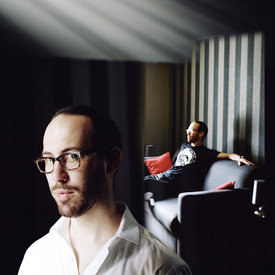 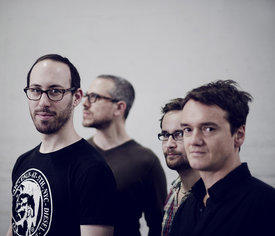 Alter Ego comes from the Latin term meaning one's other self; it's used to designate another person with the same qualities and characteristics, or someone capable of replacing the original. Not only is this "other" a person other than oneself; it is another "self": your alter ego is another "you".

For Yaron Herman, Alter Ego is much more than the title of a record. His "other self" is a statement of comfort refused, a desire for the unexpected. A sort of renaissance within an artist who doesn't fear taking another path, an artist who fears neither plurality nor the complexity of being "several" artists in one… Nor is he afraid of remaining loyal to the path he's already taken.

Born in Tel Aviv on July 12th 1981, Yaron seemed destined for a brilliant career as a Junior basketball player on Israel's national team, but his dreams of becoming an international sportsman were interrupted when he badly injured his knee. He was just sixteen. So he turned to the piano, studying the instrument using a method based on Philosophy, Mathematics and Psychology. Today, Yaron is considered one of the best pianists of his generation, hailed by the public and media alike in Europe, Asia and The United States.

With his new opus Alter Ego – a surprising, intimate album – Yaron reveals an inner journey, and also a process which stems from long musical reflection:

"I've been very lucky in my professional career. Everything has gone so quickly: concerts, travelling abroad… But at the same time as this image of me was forging itself – 'Yaron, the new kid on the block' – I felt the need to go back to other roots at the foundation of my music. I just translated what I had in my heart using my fingertips: a flux, music, that little voice which, when I'm improvising, rises up out of my soul. 'Alter Ego' is my attempt at being as sincere and wise as that voice… The compositions on this record represent key moments in my life, emotions of joy or sadness that I want to share."

For the first time, Yaron has expressed such emotions on record with a quartet. Alongside him, on saxophone, is Emile Parisien, another brilliant ambassador for his generation, one that bubbles freely without any complexes; on double bass is Stéphane Kerecki, a loyal friend and peerless bassist who regularly plays on tour with Yaron. Finally, there's also his "long-time brother", Ziv Ravitz, an Israeli drummer who completes the line-up marvellously. And they have a special guest: saxophonist Logan Richardson skilfully contributes that special colour which typifies the new generation of musicians from New York.

"Recording with Emile, Stéphane, Logan and Ziv has been an extraordinary experience. I've been waiting a long time for this moment: to hear my music played by friends who are so close to my own universe is just magical. More than that: these powerful moments were like giving birth. Fulfilment. For me, this record has been a great lesson in sincerity, music and life."