Various Artists
The Art Of Flamenco 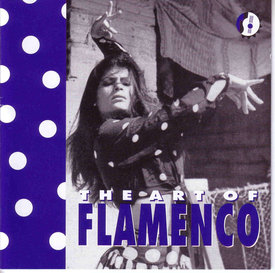 The Art Of Flamenco

The authentic art of Flamenco was presented to a German audience for the first time by the promoters Lippmann & Rau 1965. This event left me profoundly impressed, similiar to my first experience of Jazz at a Sidney Bechet concert ten years earlier. Caught by spontaneous rapture I produced the ORIGINAL FESTIVAL FLAMENCO GITANO for records in Berlin on November 15th, 1965 for records (available as CD, EMOCIÓN 9301-2) A year later DA CAPO! was released by "Fontana". The material of these two recordings build an important part of this present release.

Even today after 30 years these recordings have not lost any of their fascination and liveliness. Unfortunately, the lack of awareness about the art of Flamenco outside of Spain has not changed.

Far from being a genre of patriotic folklore Flamenco symbolises integrity, individualism and freedom. First of all it is the art of the Gitanos, the spanish gypsies, "the music of the last children of God"?

In order to release exceptional recordings of Flamenco, old and new, the label EMOCIÓN was founded. This compilation of various forms of this art is meant to be an Introduction to the fascinating world of Flamenco.