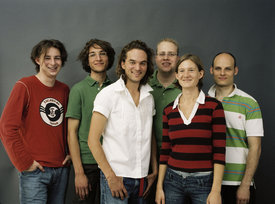 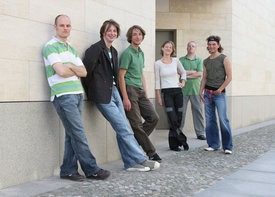 "The Great German Songbook" Is there really one? Yes there is although most people are not aware of it, especially the Germans themselves, who seem to find it hard recognising their own heritage of great popular music – not only the obvious classical greats. Most people do not even realise that "Strangers in the Night" is a German song written by the late Gert Kaempfert in the 60’s.

For years many young German pop artists avoided using their mother tongue so as not to get bracketed with the "Schlager" singers, but following the successful "New German Wave" period in the early 80’s, German language recordings are appearing widely once again.

And what about German jazz? Is there something which can link it clearly with its home country? In many European countries, jazz has taken the obvious chance to explore its ancient traditions and attitudes, has concentrated on its regional folk heritage and has thus been able to escape from its American image. This is certainly the case in Italy, Spain and Scandinavia. In France there isn’t just a concentration on the local vocal tradition, but somehow an imaginary folklore has been created, in order to allow jazz to move in new directions. What about the situation in Germany?

There is no shortage of first-class musicians: virtuosi, who can hold their own in almost any musical style. Then the musicians have really to ask themselves what particularly singles out what they play as German. There have been a few notable attempts to break free from the local music tradition (i.e. European classical music). First there were Klaus Doldinger and Albert Mangelsdorff as pioneers in this field in the early 60’s with some rare examples of German song influenced jazz recordings. With the turn of the century it seems like many of the young German Jazz musicians have come to terms with their own history of popular music.  Such as jazzIndeed with Michael Schiefel in this  "Young German Jazz" series, giving a jazz angle to the hits of Kraftwerk and popular songs from the "New German Wave" period of the 60’s.

Now we have the "Young Friends".  Six of Germany’s most exciting young jazz musicians have grabbed at the treasury of German songs and have made themselves a bold selection - from the Middle Ages, through the Golden Twenties up to the present day. From the Comedian Harmonists, Zarah Leander, Hildgard Knef all the way up to Bert Kaempfert and recent hits by new superstars Herbert Grönemeyer and Xavier Naidoo.

They are called "Young Friends" because before them came the "Old Friends". There is a close link. In the Old Friends, the drummer was the internationally-renowned Wolfgang Haffner. For the Young Friends he has moved into the control room of the studio and has enthusiastically taken on the role of producer.

The six musicians of YOUNG FRIENDS haven’t just got in common that they are all under 30. They have all been well tutored and show themselves to be fearless at this stage of their development. All six friends have collected together their various experiences so that they can show them off in "The Great German Songbook".

With a healthy touch of pathos, a dose of sentimentality, a cheeky wink of the eye and a healthy portion of chutzpah, they give these old and new classics an unusual and fresh profile. And they show in this way that there is no need to feel embarrassed about German songs.