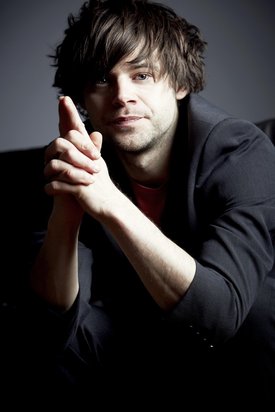 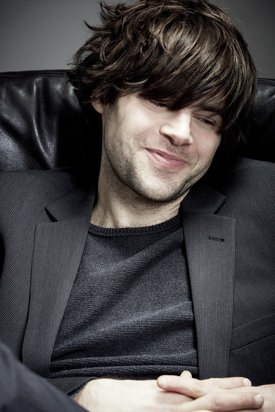 Tobias Christl, born 1978, is a rarity, a singer the likes of which there never was before in German jazz. Neither a crooner nor a scatter, and least of all a pop musician disguised as a jazzer. Much more a storyteller, somewhere between indie and improvisation. A Berliner by choice, Christl is a vocal artist, a songwriter, improviser, speaker, composer, DJ and co-founder of the Cologne KLAENG collective. He plays piano and keyboards, clarinet and guitar, and studied, among others, under Theo Bleckmann in New York.

"Wildern" (poaching) is the title of his ACT Young German Jazz debut. Why? "What we like to hunt most are good songs", he says. "Wildern" is a foray through the dense underbrush of four decades of pop music, through songs from greats like Leonard Cohen, The Smiths, Björk, A-HA, Joy Division, Lana Del Rey, Paul Simon, Tom Waits and Rio Reiser. With an audible joy in deconstructing, tearing down and rebuilding, truly new music is created in this jazz-quintet setting; music rich in rough edges, contrasts, breaks and unexpected turns. All the while, the soul of the songs is preserved. Some might say it is truly laid open. Listening to the first ten thrilling seconds of the opener "Sound Of Silence", you will soon understand what they mean.

The songs on "Wildern" are more than just reinterpretations. Christl: "Each version is an homage that tries to show the original in a new light. If you move the spotlight a fraction away from the centre of a song, a whole new context arises. If you can then succeed in separating that from the original and allowing it to grow free, a new, emancipated version is born, just as if the mother song has given life to a wildly pubescent child that doesn't dream of adhering to rhythmic constraints.

"For Tobias Christl, and for the entire Young German Jazz generation, there has never been a pure school of jazz. Their concept of jazz defines itself quite naturally from the sum of all their personal influences and impressions, regardless of what genre they come from, and from the desire to create something of their own that doesn't – and shouldn't – fit into any predefined category. And so, "Wildern" is not crossover or fusion – it is quite simply jazz. Full stop.