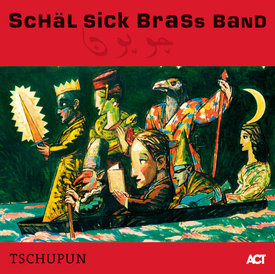 The concept of "Schäl", a word from the German dialect  which is spoken in and around the city of Cologne, is described in Dr. Adam Wredes’ 1956 edition of the "New Cologne Vocabulary" by a number of negative adjectives, such as:  "crosswise, lopsided, crooked, short-sighted, cross-eyed, unsightly, jealous, etc." For the natives of Cologne living on the left side of the Rhine river,  Schäl Sick  describes the (undesirable) right side of the river, which must  exist without the famous cathedral, without the city center - which must get by with so much less, and was finally incorporated into the city of Cologne at the beginning of this century. For the Romans, it was here, north of the Rhine that began the road to one of the most "uncivilized" areas of the German territory; it was here, centuries later, that the Jewish and Protestant traders, denied sales permits by the corrupt Catholic officials of Cologne, set up shop; and it was here, right in the Industrial suburb of Kalk, that an amateur brass orchestra that had little in common with Prussian military tradition, and much to do with an inter-cultural enthusiasm for music, was  founded.
After the accomplished bavarian-born jazz guitarist Raimund Kroboth "professionalised" the band in 1994, The Schäl Sick Brass Band played their way up into the first league of the European world music scene. Public appearances at WOMEX (World Music Exposition) in 1995 in Brussels, a 1996 tour in Marocco, the Budapest Sziget-Festival, and many other opportunities (psychiatric clinics, funeral homes, the Swish-Prunz-Conference, the WDR Folk Festival, ...) along with the awarding of the German Record Prize for their debut CD "Majnoun", have corroborated the band’s philosophy of combining things that normally don’t seem compatible. Alongside the traditional Teutonic brass and the jazz background of most of the Schäl Sick musicians goes a shared penchant for Oriental sounds as basic equipment. Curiosity and openness, along with the right mixture of respect and irreverence in regard to "other" cultures form the coordi-nates for this weird troupe’s musical survey. Guenter Hoffmann, writing for the Frankfurt Daily Newspaper (FAZ), explained it this way; "The old maps of traditional folk music are spun around with anarchic glee. All at once, Cologne, Munich, and Teheran lie as close together as Frankfurt and Offenbach. The quickest way to get to Sofia, which is about a chorus away from Cairo’s market place, is over Rosenheim and Bombay."
The special charisma of the (almost) purely acoustic play of the Schäl Sick Brass Band emanates from the musicians working less with an intellectual plan of action, and more from allowing themselves to be inspired from sounds and their chance meetings and interactions.  It makes no difference whether they share the stage with respected musicians from non-european cultures, or musicians from the village churches in the neighbourhood when someone has something musically worthwhile to say.  One such session has left behind some wonderful tracks on this richly surprising CD, and one can only wish that this recording finds the listeners it deserves.
Tschupun  stands for the beginning of a new european musical understanding. As opposed to North America or Brazil,  for instance, europe has  gradually awoken to the understanding that migration is an important culture-broadening element. The Schäl Brass Band’s beautiful iranian singer Maryam Akhondy  is able to sing to us of such awakenings.