Rigmor Gustafsson
I Will Wait For You 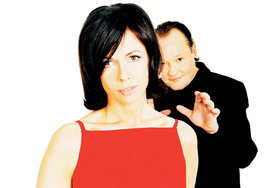 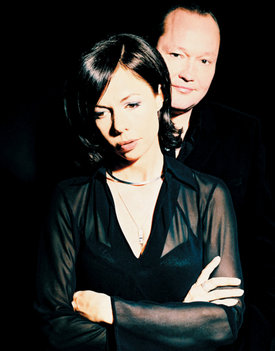 Recorded and Mixed by Jan Ugand at Polar Studios, Stockholm, Sweden in January and April 2003
Mastered by Klaus Scheuermann
Produced by Nils Landgren

"Rigmor is the greatest jazz singer that we have had in Sweden for a very long time" wrote the Swedish newspaper Aftonbladet. For years Rigmor Gustafsson has been a star of the young, vital Swedish jazz scene and has already released three albums in her own name.

In Germany her highly-praised performance at the Berlin Jazz Festival in 2001 led to an invitation to the JazzBaltica Festival in 2002 as a result of which she could be introduced to the wider German audience as a "new star in the vocal heaven" (Jazzthetik). In the same year she guested on Nils Landgren’s successful Sentimental Journey album (ACT 9409-2). Now with the first ACT release I Will Wait For  You she finally proves that she inherits seamlessly the tradition of great Swedish female vocalists such as Monica Zetterlund, Lill Lindfors, Sylvia Vrethammar and Alice Babs.

Rigmor was born and grew up on a small farm in Värmland, in the heart of Sweden. She started to play the guitar when nine years old and discovered jazz relatively early. It was soon clear that she wanted to make this passion her career. But where are the opportunities for a female guitarist to play with her band? She had a wonderful voice. So she hung up her guitar and changed to being a vocalist.

After studies at the Royal Academy of Music in Stockholm she quickly made a name for herself as a top vocalist on the Swedish scene. She worked with various bands, led some groups of her own, appeared on television and made numerous radio broadcasts.


In 1993 she moved to New York to study at the New School and Mannes College of Music with Sheila Jordan, Clark Terry, Richie Beirach, Phil Markovitz, Reggie Workman and Joe Chambers. She gigged on the New York scene with Fred Hersch and Ted Rosenthal, recorded with Randy Brecker, Bob Mintzer and Dick Oatts and was soon herself teaching at Mannes College of Music. She founded her first quintet with which she toured Europe.

She returned to Stockholm in 1996 and became a professor of singing at the Royal Academy Of Music. She composed and arranged for various jazz ensembles but particularly devoted time to develop her own material for her Swedish quintet.

"Her soul speaks to other souls" wrote Werner Burkhardt in the Süddeutsche Zeitung about her performance at JazzBaltica 2002 - and her voice and personality could not be described better.