Songs for the soul 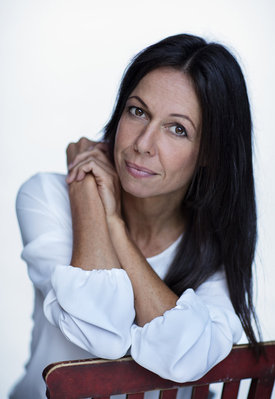 Sometimes it’s wrong to rush things, even when everything might appear to be completely in place: "Straight after I had released my last album 'When You Make Me Smile' in 2014,” says Swedish singer Rigmor Gustafsson, “I knew what I wanted to do next, not least because the inspiration to write new music was coming so rapidly. It's a mystical and magic feeling when you can hear music inside you that you know you have to write down". But Rigmor Gustafsson is not one to rush in headlong. She prefers to let her ideas mature,  to bring them to perfection. So before making "Come Home", she took her time.

From the outset it was clear to Gustafsson that she wanted to record this album with her regular trio of several years. Pianist Jonas Östholm, bassist Martin Höper and drummer Chris Montgomery have become "my cornerstones, I simply love to sing with them", she says. And because Gustafsson finds that the music for new songs tends to fall into place before the lyrics, she could not have been happier when Andreas Mattsson, who had already worked for many other Swedish stars, suggested they might collaborate. They worked on three songs together. Even the elegiac "I Think Of You", which revels in some unusual and enticing blues changes, was far from a simple proposition. The same can be said of the longing and touching title track – which is heard last on the album – it became a little masterpiece. For the other original compositions, Gustafsson placed her trust in a circle of old friends, lyricists with whom she has worked together for a long time: Lina Nyberg, Tomas Bäcklund, Anders Lundin and the team of Caroline Cederlöf and Sofia Petterson.

Originally, she had toyed with the idea of featuring just her own songs on "Come Home", but she had the increasingly strong feeling that she wanted to add some of her favourite songs, all by female songwriters. "Kate Bush and Joni Mitchell have always been an enormous inspiration to me," she says. And so the album begins with a wonderful, highly individual interpretation of Mitchell's "Big Yellow Taxi". Gustafsson has an extraordinary ability to deploy her technically perfect, captivatingly precise and powerful singing voice in a way that is completely natural and always individual, and those attributes can be admired at their fullest in Kate Bush's extremely demanding hit song "Wuthering Heights". Perhaps the most unusual track is Gustafsson's version of Tanita Tikaram's "Twist In My Sobriety", with Lisa Långbacka's accordion taking the original song's oboe melody.

The memories, the feelings in this album are going to be recognizable to every listener. Songs such as "Winter Doesn't End" or "Enjoy The Day" are sometimes cheerful, sometimes melancholy but invariably captivating and irresistible. The sense that these songs are so true to life is attributable to the way the album evolved. Alongside her busy concert schedule, Gustafsson was determined to ensure that "Come Home" should be given all the time that it needed to reach fruition. She was conscious that she could not be satisfied until she had created something new and completely right from the things that had lain dormant within her. “Until I felt that I had truly come home."