Rigmor Gustafsson
Alone With You 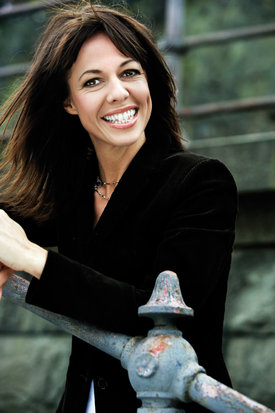 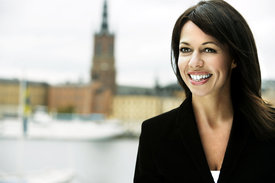 Recorded and mixed by Janne Hansson at Atlantis Studio, Stockholm on April 15 - 17, 2007
Mastered by Klaus Scheuermann
Produced by Lars Danielsson with the artist

I have a confession to make. I've always thought that music is music and it doesn't matter who has composed the songs I sing as long as I can find myself somewhere in them.
Since I was a child, I've had the urge to construct my own music, either from the ground, or on top of other composers' material, and it hasn't made a big difference whether I've been singing my own or others’ material.
This time it's different.
I still believe that music has its own existence and that we as composers are only catching what is out there, and what is most important to me is to be totally present when I perform the songs. But these songs are all my own musical constructions and I definitely feel more exposed than before. Every brick and frame concerns me so much more, I don't evaluate whether it's good or bad, it's just the way it is, but it feels different.
It's close and vulnerable but also something that simply has to be done. And I'm lucky to know that you as a listener only hear and perceive the music in your own individual and unique way, and even if you're amongst others, as part of a big crowd, you will have your very own experience of me. I am alone with you. And it feels good.
Rigmor Gustafsson

She has switched roles. Or has she? She is well known as a musician and performer, lending her voice to other composers’ and lyricists’ work. But from now on she will also be known to the public as a composer in her own right. This is a CD exclusively comprised of her original songs. All of the music was written by Gustafsson herself, as were most of the lyrics. This is a new development in her series of releases on ACT. It shows a yet unknown side of a singer who has regularly received gold records in Germany and Sweden and even reached the pop charts with her music. The reviewers have been customarily celebrating her. In 2004, the Süddeutsche Zeitung gave her the title “performer of the year”, others called hers a voice that “touches the heart” (KulturSpiegel) and is convincing in its “richness of colour” and “natural quality and warmth” (Frankfurter Rundschau). In hearing the new album, it becomes quickly apparent, that Rigmor Gustafsson’s ability to intuit another writers’ intention enhances her own compositions. A singer with an immense musical vocabulary and a well-developed sense for colour and nuance, she shows the same characteristics in her writing. Her song writing seems a natural extension of her work as a performer. A uniquely personal and subtle world of songs reveals itself here.

Alone with You hints at a development, or rather a summit reached on a carefully planned journey. I Will Wait For You (ACT 9418-2), Close To You (ACT 9703-2) and On My Way To You (ACT 9710-2) were its highly acclaimed predecessors on ACT. They featured the repertoire of soul-diva Dionne Warwick or film music composer Michel Legrand. Gustafsson has finally arrived at a “You” that naturally always referred to the listener. Gustafsson emphasizes this connection with the listener - a result of her personal involvement in the writing process - in her liner notes. An intimate involvement as a result of very personal messages. “In My World”: The title of the opening song provides the leitmotif for the CD.

Rigmor Gustafsson’s world is one that allows the listener to feel at home immediately. The songs all breathe a classic elegance, as varied as their musical language may be. They sound fresh and new, the melodies linger. Their language feels comfortable, yet never predictable. A number of surprises awaits the listener, from an earthy soul-blues touch (“Voodoo Skills”) to a compositional refinement reminiscent of the late Joni Mitchell (“Special Effects”), as well as subtle allusions to Burt Bacharach and Michel Legrand (as in the title track), a varied colour palette. We can also find moving ballads, intricately grooving tracks and the gentle “Medan du väntar”, a song in Rigmor Gustafsson’s mother tongue, which connects the swinging jazz idiom with a folk-infused melody in a most organic and subtle way.

The bottom line is: Rigmor Gustafsson the performer has the ideal voice for a large number of moods, thus there is a tangible effortlessness in the way that she navigates the moods set out by Rigmor Gustafsson the writer. The various stylistic means come together seamlessly. The sheer mastery she displays in the way her fine and clear voice, highly flexible and pure in its intonation, wraps itself around the melodic lines is a pure delight, not only for vocal gourmets, but also for the observant critic interested in detail.

Rigmor Gustafsson’s intimate letters to the listener are all the more effective because she is backed by a quartet of exceptional quality: besides the much in-demand American drummer Eric Harland, master of the driving, explosive beat, the rhythm section features the highly elegant and full bass sound of Lars Danielsson, who also produced the album. The other two members are guitarist Max Schultz, whose playing is rooted deeply in the blues, soul and jazz, and the pianist Jonas Östholm who adds surprising details and subtle shading to the music. Nothing could be as pleasant as spending some time alone with such a team and their boss.