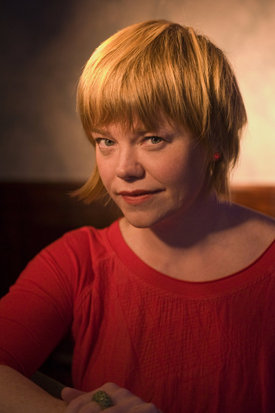 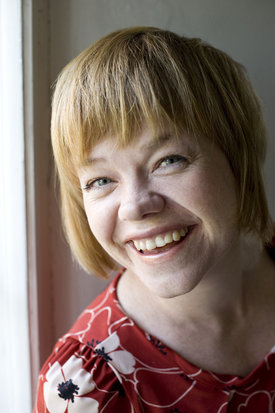 Music and lyrics by Randi Tytingvåg unless otherwise noted

The Norwegian singer and songwriter Randi Tytingvåg is about to enchant her audience once again. “Three” is her first album released under the Emotion label that promotes varied music of different genres besides jazz. The album is strongly influenced by Tytingvåg’s love for American folk and country music, and features her own songs as well as interpretations of great classics from various genres.

Born in Stavanger, Norway, the 36-year-old is one of Norway’s most popular singer-songwriters. Throughout her five albums she has cultivated a blend of folk, pop and jazz music that is typical for Scandinavian singers, “I have always listened to all different kinds of music, not just one,” says Tytingvåg. She began her professional career by moving to London in the late nineties to study at School of the Arts Roehampton, “I decided to live abroad for a while. This has influenced my personality, my whole development. Singing classes were more of an old-school jazz training, very classical. But to me, it was an important basis before starting to vocally experiment and to move on to crossovers. In Michael Burnett I had a great composition teacher who encouraged me to write my own songs.  Additionally I wanted to become fluent in English and therefore learn it in the country itself. “

Her early albums contained some country music, and “Three“ focuses on that early love of hers. “I have always tried to follow my heart. Even as a child, I listened to Emmylou Harris, Dolly Parton, Johnny Cash or Gram Parsons. And I am still doing that today.” But there is more to it: “I am always influenced by the musicians I am working with at the moment.” On “Three” this is Dag S. Vagle und Erlend Aasland, whom Tytingvåg met just two years ago though Vagle grew up close to Tytingvåg’s hometown Stavanger, and both are not only outstanding representatives of Norway’s country scene, but have also played jazz.

In these two musicians she found the perfect complement for the trio she envisioned. “I wanted a project that despite the small line-up offered many opportunities. Dag is a fantastic singer and guitarist, Erlend, too, is an extraordinary singer and masters a whole variety of instruments. This was perfect. We have worked on the arrangements for a long time to create our sound.” In fact, “Three” has its own, very calm flow, celebrating the sound of voices and strings. Aasland’s high banjo or cavaquinho-voice (a kind of ukulele), sometimes calm, sometimes grooving energetically, melts harmonically with Vagle’s warm, rocking guitars. Every now and then a prepared piano adds a different colour or a new bass line. Absolutely outstanding however are Randi Tytingvåg’s duets with Vagle and the chorals sung by the three of them: expressive, calm and powerful at the same time.

This becomes even more prominent as Tytingvåg works completely without drums or percussion. “It was very important to me to get away from any staffage. I have tried to undress the songs and to reach for their core. And to focus on what the song is actually about”, she stresses. She makes this vision come true not only in six beautiful, varied compositions, but also in eight standards of different genres – stretching from Gilbert Becaud’s “Let It Be Me” and “Que Sera Sera”, brought into prominence by Doris Day, over Joni Mitchell’s “Both Sides Now” and Bob Thiele’s Louis Armstrong evergreen “What A Wonderful World” to Cole Porter’s “Don’t Fence Me in” and Gillian Welch’s “Hard Times”. “These are all songs I grew up with, that formed part of my musical education. Songs that I really love to sing”, says Tytingvåg.

One song that might especially appeal to the German audience is Friedrich Hollaender’s “Ich bin von Kopf bis Fuß auf Liebe eingestellt” – performed in German! “I have learned German at school, I love the language. It is so clear and direct. First I knew only the English interpretation of the song, “Falling In Love Again”, but when I later found out about Marlene Dietrich’s version, I was literally blown away. This was so much more powerful and profound. It was without any question that I would sing this song in German if I ever recorded it.”