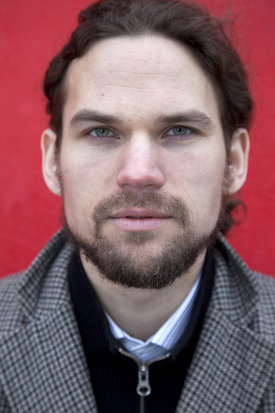 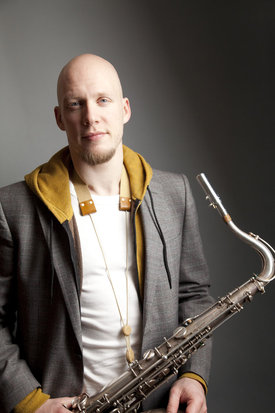 In the last few years there has been a lot of talk about independent European jazz, and the attempt was occasionally made to contrast Europe and the USA. In reality, the majority of young German jazz musicians still share the dream of studying at the Berklee School of Music in Boston, the Juilliard School in New York or some other well-known elite jazz school - or at least getting a chance to play in the USA for a while. ‘If you can make it in New York, you can make it anywhere;’ the old proverb among jazz musicians is still the inspiration for a career in the Big Apple. The reverse is also true, however, and many American jazz musicians are focusing on Europe and enriching the jazz scene on this side of the Pond. Dexter Gordon and Chet Baker, for example, spent an important part of their careers in Europe. More recently, the highly acclaimed US pianist Vijay Iyer became an exclusive ACT-artist, and the New York guitarist Kurt Rosenwinkel is currently a professor of music in Berlin. Instead of rivalry there is synergy – globalization and migration are characterizing modern jazz on both sides of the Atlantic.

“Berlin-New York” refers to the axis between two pulsating energy sources of jazz over 6,000 kilometres apart, and this ‘transatlantic connection’ is part of the main theme of Ben Kraef’s debut album on ACT. The Berlin saxophonist with Montenegrin roots took a path typical of German jazz talents: due to local promotion he got into the Bundesjugendjazzorchester (Bujazzo) and thus into the Hanns Eisler Academy of Music in Berlin. The fact that he won first prize at the Biberacher Jazzpreis, the ‘Concours International de Jazz Fribourg’ and the Yamaha Saxophone Contest before graduating in 2007 was further proof of his remarkable talent. It also got him a DAAD scholarship for the City College in New York, and being an outstanding student he received the ‘Billie Stoller Scholarship’ soon afterwards. After receiving his Master’s degree in 2009, he was (and remains) a distinguished member of the New York scene, having worked with stars like Lalo Schifrin, Herb Geller and Lonnie Plaxico. Nevertheless, he has always kept in touch with his native country, even playing with pop groups, like ‘Wir sind Helden’ and singer Joy Denalane.

“Berlin-New York” is a kind of summary of his experiences, and even the line-up is an example of the balance between America and Europe. The 33-year-old pianist Rainer Böhm, from Ravensburg, combines melodic and romantic modern jazz and is influenced by the European scene. Despite his young age, he is highly acclaimed and has played in several projects as both an excellent soloist as well as a sensitive accompanist;he is also the winner of the Baden-Württemberg jazz award. Like Kraef, he also obtained a DAAD-scholarship in 2007 and studied at the Queen’s College in New York.

Kraef and Böhm meet up with two extraordinary ‘real‘ New Yorkers from two generations. The bass player John Patitucci, born in 1959 in Brooklyn, has played as a sideman for the likes of Chick Corea, Wayne Shorter, Herbie Hancock and Michael Brecker and belongs to the icons of modern jazz. Working as a studio musician in Los Angeles, he has remained open towards high quality pop music and has therefore become one of the most sought-after accompanists for big names such as Bonnie Raitt, B.B. King, Natalie Cole, Bon Jovi, Queen Latifah, Sting and Carly Simon. Despite being only 23 years old, drummer Marcus Gilmore has also played with a large number of stars. He belongs to the new league of young American drummers, whose perfect timing, impeccable technique and steady groove even in the most polyrhythmic passages is combined with an almost melodic sound. At the moment, he is perhaps most famous for being the drummer of Gonzalo Rubalcaba and a member of the Vijay Iyer Trio.

Surprising or not, the outcome of this German-American friendship is jazz of a purity and clarity seldom heard anymore. The compositions and the sound do not resemble the omnipresent, expressive Coltrane-esque style, but are in the more rare and bluesy tradition of Sonny Rollins, and although they occasionally have a warmth similar to Ben Webster’s, there is a distinct lyricism that is entirely their own.

The result is universal, big town modern swing and post pop that demonstrates the individuality of all four musicians. “Willie B” is a perfect example – a piece of classical hard bop into which Böhm’s impressionist solo subtly merges. Kraef revives the American sound on his nine compositions - the final track of the album is a splendid version of John Barry’s James Bond title song “You Only Live Twice” – from classic or modal ballads (“For Spring to Come” or “Daftly”), to either lightly swinging or groovy up-tempo pieces (“Skystepper”, “Mama n’ em”) as well as from blues (“Flutterbyes”) to soul (“Joe Blow”).

Kraef’s “Berlin - New York” is an excellent example of a branch in the tree of new German jazz that is bound to tradition and consciously explores the music’s American heritage, and as such fits perfectly among its fellows in the ‘Young German Jazz’ series on ACT.

Giving German jazz talents a fair chance against the international competition and the recognition they deserved, ACT launched the ‘Young German Jazz’ series in 2005. Its success so far speaks for itself; Jan Zehrfeld’s ‘Panzerballett’ has gained many fans both in and out of the usual jazz circles with their cool combination of jazz and heavy metal. The spectacular trumpeter Matthias Schriefl, the unique singer Michael Schiefel (with JazzIndeed), the inventive pianist Carsten Daerr and the fresh, sophisticated and mature sibling duo Julian and Roman Wasserfuhr are examples of these wild young artists, who rank among the best of their kind in the country. The series was a hit right from the start, as Michael Wollny and the trio [em] made their international breakthrough. Looking around in Germany, one can rest assured that further success stories are sure to follow: Bright prospects - Young German Jazz.