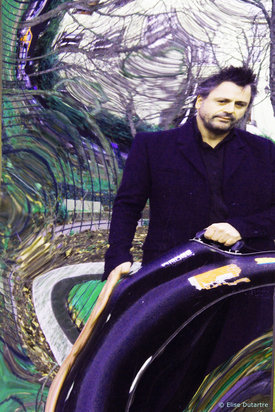 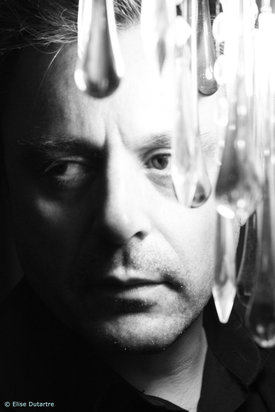 It would seem that cubic forces are compelling Pierrick Pédron to meet the highest challenges. Like keeping alive a trio at the heart of which, in 2012, he accomplished what you might readily call a performance. In the space — only two or three days — of a few crazy hours, those musician-friends undertook the ascent of a magic mountain: the repertoire of Thelonious Monk. And so Kubic’s Monk saw the day, a shockwave of a record whose concision and urgency became allies of a modern music — slipped into a jewel of a setting — whose raw manufacture amplified its uncompromising strength. A single, perfect stroke!

But for the saxophonist, there was no question of going back to the well-worn path of "tributes to jazz greats". Pierrick Pédron belongs to the caste of those with a thirst for the unexpected; he's a man whose major love is to marry passion with astonishment. He needed something else… and while he felt that another association with Franck Agulhon, Thomas Bramerie and Vincent Artaud was necessary, he also needed to open doors onto a universe whose singularity would be yet another summit to conquer.

It was in the spring of 2013 that an idea (unlike any other) took seed in his imagination. And even if Omry and Cheerleaders had already shown the way for Pierrick Pédron's electrical inspirations, few of us would have dared take bets on the celebration of his love (of thirty years!) for a form of English rock music coloured by disturbed psychedelics, and determinedly Gothic. It's tempting to sweep aside the Eighties with a brush of the hand, but sometimes one forgets that period's obscure folly, and the dark, tormented romanticism of certain musicians in the image of Robert Smith and The Cure, all planetary icons in that particular age. The Cure! At least a dozen albums since the end of the Seventies, some of which became the objects of a genuine cult, like Pornography released in 1982. The group's corpus possessed an oppressive, icy aesthetic, and its hard core belonged to the first decade of a group that was still alive. Marathon tours, hits that piled up irrespective of their ups and downs… right up to the emergence of a veritable Cure-mania in the midst of the Eighties: A Forest, Close To Me, Why Can’t I Be You?, Just Like Heaven, Lullaby, Boys Don’t Cry... and at the front of the stage, a literate singer-composer and admirer of Albert Camus (whose "The Stranger" had inspired his Killing An Arab, often misunderstood). Smith, an enigmatic character whose outrageous black make-up became something of a second skin: one of those artists who fascinate by their ability to imagine kaleidoscopic, disenchanted worlds.

Kubic’s Cure. Now there's a title as inevitable as a fist in the face, given all the evidence of what was to come! Pierrick Pédron got down to the task in the summer of 2013: he made some drastic choices among compositions that were either known or less so, and overcame their primary harmonic simplicity to imagine arrangements which would allow the music to live another life; he began rehearsals, confronting his own ideas with those of his accomplices; and together they started seeking new colours. In other words, it was about how to dynamite music that was powerful, sombre and obsessive, without betrayal, whilst fervently hollowing out the furrow of its minimalistic melodies.

Like some inspired screenwriter, the saxophonist here succeeds in foiling every trap set for him: he multiplies the surprises in rhythm, invents a feisty idiom that is neither rock nor jazz, and sets free energy which he brings to the service of a song whose concision is driven to the limit. The tandem of Thomas Bramerie and Franck Agulhon, twins as never before, seems like tempered steel; Vincent Artaud increases his sonic contributions one after the other, sculpting each detail the better to cast its spell and create hypnosis. Three other master wizards come in here and there, blowing the spirit of their native follies into a recording which is also theirs, in part: the enigmatic Thomas de Pourquery sings; Médéric Collignon, the will-o'-the-wisp, plays trumpet; and Ghamri Boubaker plays zurna and Algerian flute (the latter for a poignant version of A Reflection).

It might perhaps be necessary to point out that being a Cure connoisseur is not a prerequisite in order to enjoy the intense pleasures of this second cubic experience. While it's true that Pierrick Pédron wished to express his admiration for a band whose specificity and reputation will have escaped no-one, one also has to give credence to Pierrick's ability to re-enchant his own dreams until they become reality. This music, born elsewhere, has become his music; and, above all else, it is his story that he tells, with all the strength of conviction for which we know him.

Propelled by a band of peerless musicians, Pierrick Pédron blows a gale of life in under 45 minutes, all of them taut as a bow and magnificently captured — Manu Gallet, engineering the sound and in charge of the mixing, is also committed to this new achievement. No fewer than nine times, the saxophonist's burning lyricism takes us into a third dimension whose exploration, perhaps, isn't over yet. He's found his own cure…  To be continued.