Nils Landgren
The Moon, The Stars And You 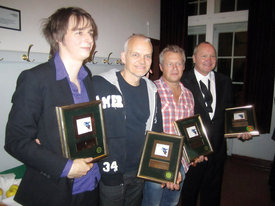 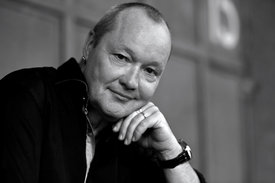 Jazz has always had a certain fascination for the moon. After love, it is one of the more common topics for jazz standards, and for Nils Landgren is no exception. For some time he has planned a ballad album as a sequel to his highly successful “Sentimental Journey”, which according to the newspaper Die Welt “stole the hearts of the audience”.

“The moon and the stars are just wonderful to look at – especially with someone special. The moon is closely connected with love,” says Landgren, showing his romantic side. “I knew that there are so many good songs about the moon to choose from.” These songs include jazz standards, such as Henry Mancini’s “Moon River” or Herbie Hancock’s “Stars in Your Eyes”, as well as folk and pop songs like Kris Kristofferson’s “Please Don’t Tell Me How The Story Ends” or “Moonshadow” by Cat Stevens, and he also includes South American song by Kurt Weill called “Holofotes” alongside his own compositions. As such, “The Moon, the Stars and You” has grown into a concept album with a whole spectrum of different moods - meditative, longing, occasionally funky yet continuously inspired and swinging.

Time after time, one is amazed how Landgren manages to find the ideal moment and framework for his projects, considering the myriad of tasks he has undertaken. Landgren is not only one of the best trombonists in the world and a great singer with a unique voice, but he also serves the jazz scene in many other roles: as a member and director of jazz orchestras, such as the NDR Big Band or the Bohuslän Big Band (with whom he recently released “Don’t Fence Me In – The Music of Cole Porter” on ACT). He also fronts his famous Funk Unit, collaborates with one of his many musical colleagues and appears as a member of Joe Sample’s Jazz Crusaders. He is also artistic director of the JazzFest in Berlin, regularly plays at Jazz Baltica, holds a professorship at the Hamburg University of Music and has been the producer and mentor of many Swedish singers, serving as the driving force behind the international breakthrough for artists such as such as Rigmor Gustafsson, Viktoria Tolstoy and Ida Sand.

Landgren used all of his experiences and contacts on this journey to the moon and stars. “This time it was quite a lot of work,” he says. “When I’m with musicians who I’d like to do something with, I always try to take the opportunity and record something together with them. It is great when musicians you know and truly admire get excited about your project. One example is Joe Sample - I am a member of his Jazz Crusaders and together with him we released the album “Creole Love Call” on ACT. When he was composing a production for the NDR Big Band, I asked him if he wanted to join in on a couple of songs – which he did, and he even brought his drummer Steve Gadd along.”

With “The Moon, the Stars and You“, Landgren was able to fulfil some wishes that he had long been waiting to realise. “For instance, I’ve been keen on doing something together with Richard Galliano for a while, and vice versa.” Galliano’s unmistakable accordion sound, occasionally sounding like a blues harmonica, provides “Moonshadow” and “Moonriver” with completely new musical shades. “The whole project started with Richard and after that I knew I was headed in the right direction,” Landgren says. One by one, famous friends and colleagues joined in; singer Caecilie Norby, who brought along her own song „Angels of Fortune“; Vince Mendoza, who arranged Jimmy Webb’s hymnic “The Moon’s a Harsh Mistress” for the NDR Big Band and Kurt Weill’s “Lost in the Stars” for the Stockholm Philharmonic Orchestra”; and Michael Wollny presents his exceptional technical and improvisatory skills on eight tracks as an accompanist. And finally Joao Bosco, one of the greatest singers and composers of the Musica Popula Brasileira, was brought on board. Landgren met him while in Brazil with the NDR Big Band and asked him whether they should work together. “He said straight away that he would probably even have a song for me. It was called “Holofotes” and it also deals with the moon and stars. I loved the song and so we recorded it.”

When talking about a ballad album by Nils Landgren, it is almost impossible not to think of Esbjörn Svensson. He is still almost omnipresent in the arrangements of Swedish folk music he and Landgren did together, as well as in Landgren’s deeply moving version of the deceased pianist’s “Love Is Real”. That is why the album is explicitly dedicated to Esbjörn Svensson’s memory – by his friend Nils Landgren, who defines his role anew as the leading representative of Swedish jazz with each project. “The Moon, the Stars and You” proves this fact once again