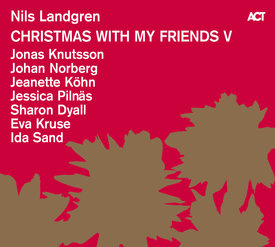 There is a synonym for the words diversity, curiosity and zeal: Nils Landgren. “Mr. Red Horn” swings brilliantly from one perspective to the next, also because he needs this constant change. Landgren embodies not one but two souls: When the audience sees him with his “Funk Unit”, the Swede shows himself from his masculine and distinct, relentlessly grooving side and acts the jazz action hero. However, there is also a gentle melancholic, highly sentimental Nils Landgren. He can be seen during Advent time, for example, when the instrumentalist and singer celebrates “Christmas With My Friends” or in his ballad projects, in which he intones on the trombone with incomparable smoothness and his highly individual, fragile voice touches the heart and the soul with a remarkable sensibility.