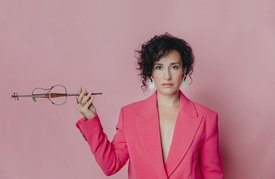 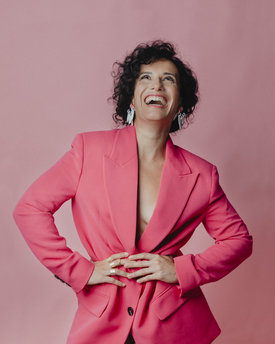 When the Franco-Algerian singer, cellist and songwriter Nesrine Belmokh and her trio NES appeared on the scene in 2018 they seemed to emerge from nowhere. Many parts of the music world in Europe were taken by surprise by her, and completely captivated as well. Now, for her second album named simply after her  – "Nesrine"  – she has re-invented herself. Nesrine's debut album "Ahlam" was received with tremendous and widespread enthusiasm. What commentators noticed was its sheer beauty, the unusual instrumentation of voice, cello and percussion, and also the way in which the Mediterranean region from North Africa to Southern Europe was brought to life and unified through music. The distinguished cellist Sol Gabetta called Nesrine "a wonderful singer and cellist". London’s Sunday Times described her as "an incandescent, multilingual talent, " and later went on to include “Ahlam” among the newspaper’s albums of the year. French producer and radio host André Manoukian was in raptures: "NES lets us hear the beauty of the world" and Deutschlandfunk stated simply that "NES’s time has come.” Several extensive tours throughout Europe followed, and NES beguiled audiences in major classical venues like the Philharmonie and the Konzerthaus in Berlin, made a very big impression at the Amsterdam Cello Biennale, and had major success at important jazz and world music festivals.