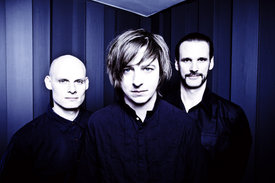 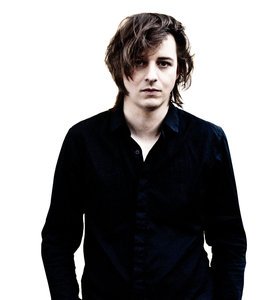 Live concerts by the Michael Wollny Trio are always experiences to be treasured. These three ideally matched musicians never fail to find fascinating new directions for the music, or to take the listener by surprise. At the end of October 2015, when Wollny, Weber und Schaefer were setting off on a Karsten Jahnke JazzNights tour, taking in fourteen German cities, the respected German broadsheet the Süddeutsche Zeitung gleefully quipped: “Wollny's off on tour. Just get yourselves there. Awesome!” These hopes and expectations were duly fulfilled. After the tour was over, the critic of the same newspaper wrote: “Wollny has the audience in the palm of his hand, he's testing the boundaries of virtuosity, you start wishing that the buzz of the concert will never end.” These heartfelt words will have resonated with more than 10,000 people who attended the concerts of this much-lauded tour.

“Klangspuren” captures the sight and the sound of two quite exceptional performances by Wollny's new trio. This set also serves to demonstrate the leaps and bounds by which the group has progressed artistically in the past two years.

The DVD uses the live video/audio feed from WDR of a concert during the 35. Leverkusener Jazztage, and the programme consisted of the music from “Weltentraum. ”The music is imbued with the spirit romanticism, but there is a fully conscious desire to do something far more ambitious and complex, which is to allow very diverse yet internally coherent and complementary musical materials to work their way through. We encounter Alban Berg and Paul Hindemith. There are quotes from Gustav Mahler, and also a highly imaginative re-hearing of the 14th century “ars nova” innovator Guillaume de Machaut. These composers are all in effect “guests” or “sitters-in” with the trio, and their tunes are so completely absorbed and internalized, they become part of the trio's musical DNA. The German nationwide flagship news program “ZDF heute journal” simply hailed “Weltentraum” as “a masterpiece.” This was album which put the seal on Wollny's international breakthrough. It was named Album of the Year in 2014 by both Jazzwise in the UK and Jazzthing in Germany. In France it led to Wollny being crowned as European Jazz Musician of the Year by the Académie du Jazz. In Germany it didn't just pick up three ECHO Jazz Awards, it even made its way into the Top 50 of the official pop charts.

There is astonishing internal coherence in the trio. The concert in Leverkusen was one of the very first in the new format with Christian Weber, and yet the bassist sounds as if he's been around in the band for ever. On the other hand. the trio, recorded live [eleven months later] on the 13th November 2015 is at the peak of its powers. This was the final concert and the culmination of the barnstorming “Nachtfahrten” JazzNights Tour. The emphasis here is on the band's lyrical side and their wonderful capacity to float a ballad. The tunes inspired by the night come across in a refined and condensed form, and vivid pictures emerge in the imagination. It is as if Wollny is directing a film, and has selected not just his own compositions, but also selected works by other people with whom he feels a particularly strong and close affinity. There is film music from the David Lynch series “Twin Peaks, ” but also a composition by Wollny's teacher from an early phase of his development Chris Beier, and once again Guillaume de Machaut. The trio were playing for a sold out Laeiszhalle in Hamburg, and reached an unprecedented level of intensity, raising their game to completely new levels. The Hamburger Albumblatt found the right superlatives to describe this concert: “Michael Wollny has definitively arrived as a musician of world class.”

These two snapshots of the Michael Wollny Trio in live situations show the trio's infinite capacity to “morph in mood and dart this way and that” (Financial Times), to cross styles and epochs, to play at very different levels of intensity. This is timeless music rooted in the here and now.