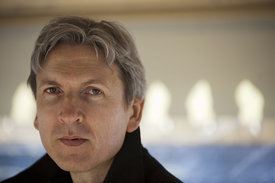 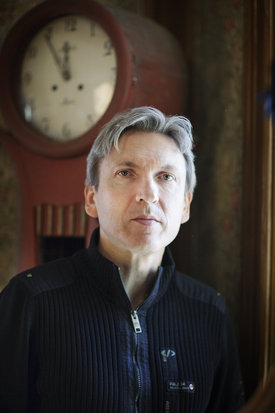 All songs composed and produced by Magnus Öström

Jupiter was the King of all the Gods for the Romans: the Heavenly Father, the bringer of light. It was him you invoked when the goddess of fate had unexpectedly intervened in your life. So it was with the Swedish drummer Magnus Öström, who was dealt a stroke of fate almost five years ago when his close friend, the pianist Esbjörn Svensson, was killed in an accident. They had revolutionised the jazz world since 1993 with e.s.t. - the Esbjörn Svensson Trio.

It took two years for Öström to find his way back to music after that tragic event, and to bring out his first own album: "Thread of Life". It is a work of mourning, adorned with melancholy, that seeks its own path, falling back on art-rock and electronic elements and a closer link to sounds than melodies. "A jazz band that bathes in rock with everything it has" is what Jazz thing heard on this album. Which also proves how important Öströms incomparable drumming is for the e.s.t. style – as precise as a metronome, and yet with a feverish groove and surprising use of the brushes. It was so impressive in doing so, that Öström won the 2012 Echo Jazz Award for Best International Drummer. BBC Radio 3 said of Öströms post-e.s.t. oeuvre on ACT: "What an utterly beautiful and compelling album this is. The playing is immaculate, the compositions truly inspired, the arrangements magical." And the German rock magazine eclipsed gushed: "Here, a musician has transcended himself in a gigantic apotheosis."

Öström now presents his follow-up "Searching For Jupiter". His loss is still palpable in heavy, yearning tracks like "Mary Jane Doesn't Live Here Anymore" or "Hour Of The Wolf", but Öström has taken some decisive steps forward: He now has a strong and tight band together with guitarist Andreas Hourdakis, bassist Thobias Gabrielson and pianist Daniel Karlsson, who is well known from the jazz-fusion band Oddjob. They have rigorously pursued a jazz rock and progressive rock leaning - "The Moon (And The Air It Moves)", for example, is reminiscent of Pink Floyd not only in name, and there is more optimism again: Melodies once again play an important role ("Dancing At The Dutchtreat"), even major-key cheerfulness shines through from time to time ("Happy And The Fall"), and the album ends with an anthem of hope with "At The End Of Eternity".

Magnus Öström is pretty close to making his peace with the bringer of light, Jupiter.