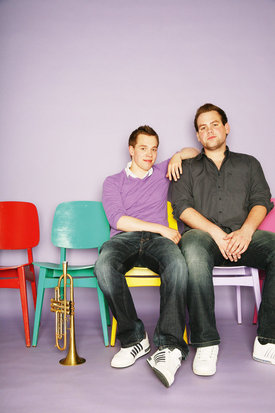 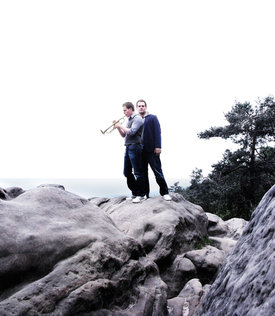 When asked who the most talented young musicians in Germany are, the answer echoes back from the rural town of Hückeswagen near Cologne. Surrounded by hills and forest live two brothers who play “with a magical tone” (Süddeutsche Zeitung) that is “of the finest quality” (JazzPodium). Their 2006 homage to Chet Baker, Remember Chet, was celebrated as a “stunning debut” (Süddeutsche Zeitung). In faraway Sweden, Nils Landgren heard about these young musicians’ abilities through the jazz grapevine, and decided he wanted to produce the two shooting stars inviting the brothers to that famous sound kitchen in which Landgren has cooked up his own highly successful albums, the Nilento Studio in Gothenburg. Since the world famous trombonist doesn’t do things by half, he picked out Sweden’s most prominent musicians for the session: with one of the most important voices in European jazz, bassist and cellist Lars Danielsson was a fantastic addition to the brothers’ sound. Anders Kjellberg also works beautifully with the overall musical concept, fitting right in the groove with clockwork timing that is consistently focused and mindful. Saxophonist and flautist Magnus Lindgren jumps in as a guest, as does Ida Sand for two vocal numbers. Nils Landgren even picks up his horn and joins in on some of the pieces. Well known for developing new talents, he sums up the experience; “We didn’t teach Julian and Roman to play in a new style; we just brought out what was already in them.”

“Upgrade” denotes an increase in quality, but for the brothers this doesn’t mean “higher-fasterfurther”; For them, less is more. Understatement is given its real worth when the barely 21-year-old Julian launches into his breathy trumpet tone, astonishing in its substance and clarity. Roman is the other pole that makes the brothers’ playing so attractive - on piano, Julian’s two-year-older alter ego is the empathetic and resourceful initiator. With their innate talent for strong melodies, the art by which the Wasserfuhrs narrate their marvellous jazz tales is pure pleasure to the ears. The musical journey from Remember Chet to Upgraded in Gothenburg is by no means a change of direction. The binding philosophy to their music can be described as “richness through reduction”, the challenge being to purge the music and carve out its core.

Just as in a fairytale, Julian and Roman Wasserfuhr have been awakened by their Swedish fellow travellers with a musical kiss. With Upgraded in Gothenburg the brothers have been enhanced and advanced; “We make authentic music that’s honest and sincere. It’s music that is close to our hearts, and we think that people appreciate that.” Both can rest assured that their “upgrade“ has proved to be completely user-friendly.