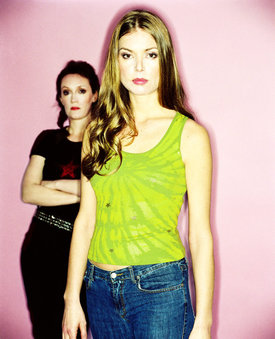 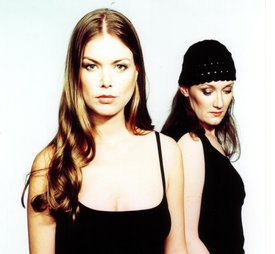 Julia Hülsmann is a most remarkable pianist on the contemporary German jazz scene. She has absorbed the tradition and now plays with the building blocks of the music. "She doesn’t just haphazardly throw styles together, like so many players her age. Instead, she remains respectful of the foundation - the melody", wrote DIE WELT, one of Germany’s most influential newspapers.

With unerring taste, the pianist combines the most diverse influences: the impressionism of a Ravel, pop music from Sting, the jazz piano tradition from Monk to Hancock and beyond.

Born in Bonn in 1968, Hüsmann studied at the Berlin College of the Arts under such masters as Walter Norris, Aki Takase, and David Friedman, and in New York with Maria Schneider, Richie Beirach, Gil Goldstein, and Jane Ira Bloom. She was a member of Germany’s renowned National Youth Jazz Orchestra under the direction of Peter Herbolzheimer, and made a name for herself as keyboard player in diverse big bands, fusion formations, and pop groups. Her trio, which she formed in 1997, is considered by jazz enthusiasts to be one of the most subtle and distinctive bands in the German capital. For "Scattering Poems" Julia was able to acquire the talents of bassist Marc Muellbauer along with drummer Heinrich Köbberling.

Hülsmann met Rebekka Bakken three years ago in New York. She was so impressed by the singer/songwriter’s abilities that she immediately decided to write music for her. Bakken, who was born in 1970 in Oslo Norway, sees herself essentially as a story-teller, as mouthpiece for the text’s message. Her career started in the Norwegian R&B-funk- rock scene. At 25 she moved to New York, where she loaned her voice to a variety of pop bands. In 1998 she began her fruitful collaboration with guitarist Wolfgang Muthspiel. With her unique style, in which the influences of Joni Mitchell and Sidsel Endresen are discernable, her depth of feeling, and her stage presence, Bakken has assured herself a place in the front row of great contemporary jazz vocalists.

"Scattering Poems" exquisitely combines the talents of these two exceptional artists. They have chosen poems from E.E. Cummings as the basis for the texts. Hülsmann found that Cummings’ poetic pictorial world and his rhythmic feeling for language was already music. Thus, it was no problem to transform these poems into notes. The ten pieces came just as easily; except for the two pieces from Sting and Randy Newman, all are originals composed by the Berlin pianist. Here you have pop with meaning, sympathetic interpretations of the lyrics, and a fantastic intuitive understanding between voice, piano, bass, and drums.

"Scattering Poems" is jazz from today based on the works of a great poet from the past. The future, however - without a doubt it belongs to Hülsmann and Bakken.