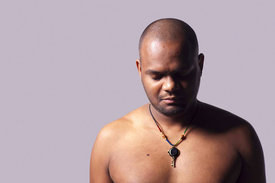 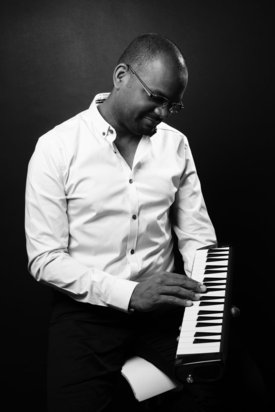 "The Key", the debut album of the Mauritian pianist now resident in France, Jerry Léonide, is the key to a whole world; to the music and joie de vivre of an island paradise 1,700 km from the coast of Africa in the Indian Ocean. Léonide translates the irresistible, bouncingly danceable, clearly African influenced grooves and light and breezy crystal-clear melodies of his homeland into the vocabulary of jazz. He himself says of his debut: "For me 'The Key' is the revelation of Mauritian music before the eyes of the world." His global piano playing enthralled the jury of the "Solo Piano Competition 2013" at the Montreux Jazz Festival so much that they awarded him first prize.

Jerry Lénoide says of his home country: "The people there love music. Mauritius is a land of many different ethnic influences, so we are very open to the most varied of music styles, and a very open-minded audience." It was his guitar-playing father who brought Jerry Léonide to music and gave him what was probably his most important lesson on the way: "Never forget where you come from!" Even as a child, Léonide tried to recreate his father's melodies and harmonies on the piano. At the age of ten he was playing the music of his heroes Stevie Wonder, Toto and The Police in his first bands. The most important public venues for musicians on Mauritius at the time were the big tourist hotels, and that is where Jerry Léonide, still an autodidact at the time, gave his first concerts. He recalls: "We played a lot of jazz standards for tourists, and that's how I began to discover the genre."

The decisive impulse to really take a closer look at jazz then came from the Mauritius-born saxophonist and composer Ernest Wiehe. He had taught a long tenure at the Berklee College of Music in Boston, and then returned to his homeland where he gave young musicians in the neighbourhood free lessons. Wiehe recognised the talent in Jerry Lénoides and encouraged him to go to Europe.

At 17 he then took that big step and moved to Paris, motivated chiefly by the possibility of gaining a musical education there. He says: "Things have improved a lot today, but back then there were no really serious options for gaining a musical education on Mauritius. So the time came when I felt I had to go elsewhere if I wanted to keep developing my skills as a musician."

Jerry Léonide had his first gig the very next day after arriving in France: Linley Marthe, an old friend from Mauritius and sought-after bassist by artists the likes of Joe Zawinul and Nguyên Lê, opened the first doors for him in the Parisian jazz scene. Léonide quickly gained a foothold in a highly creative, cosmopolitan and multinational environment that is characteristic and formative for the jazz coming from France, and that is today led by international stars like the South Korean vocalist Youn Sun Nah, the Vietnamese guitarist Nguyên Lê, the Armenian pianist Tigran Hamasyan and the Lebanese trumpet player Ibrahim Maalouf.

With "The Key", Léonide now sets out to join this movement, in which the artists' creative treatment of the musical language of their homelands plays a main role. "The rhythms and melodies from Mauritius are part of my musical DNA. It's from them that I draw my ideas, and I am sure that they are also where the originality of my music comes from. And I have always been open to jazz, classic and the widest range of traditional music." "The Key" now opens the door to a whole new musical world for a broad audience.