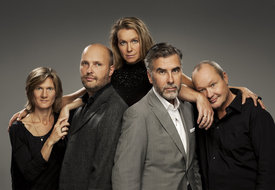 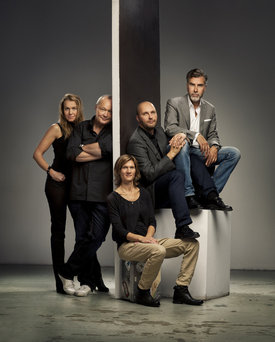 There are many recordings of baroque music – both of the historical sort, and those that take a radical modern approach to the original. On "New Eyes on Baroque", the Swedish soprano Jeanette Köhn chooses to strike a balance between the two. She is assisted in doing so by the proven "Christmas With My Friends" ensemble fronted by Nils Landgren, and the Swedish Radio Choir under the baton of Gustaf Sjökvist. The classically trained singer and the tradition-rich choir have abundant experience performing baroque music, and here they join forces with instrumentalists firmly rooted in jazz.

Nils Landgren was animated to become involved in this project in 2007, by the organisers of the Leipzig Bach Festival. They wanted to hear the music of Johann Sebastian Bach interpreted in a new way. Jeanette Köhn added works from Georg Friedrich Händel and Henry Purcell to the repertoire. But it wasn't until 2010 that the plans expanded to include recording a CD, and it was then that the Swedish Radio Choir was recruited to the team. Its conductor Gustav Sjökvist is an acknowledged expert in interweaving early music with jazz, having already been a part of Jan Lundgren's "Magnum Mysterium" recording, which is dedicated to renaissance music.

The interpretations, largely arranged by Johan Norberg, respectfully approach the baroque compositions. Without trying to disguise the music's origins, they offer the listener new perspectives and experiences in sound, because the team of performers is so extraordinary: Nils Landgren on the trombone, Jonas Knutsson on the baritone and soprano saxophone, Eva Kruse on the double bass and Johan Norberg on the acoustic guitar are something like an ersatz baroque chamber orchestra.

It makes total sense for jazz musicians to dedicate themselves to baroque music. Because the freedoms it offers for improvisation are not restricted to jazz, they are inherent in the ornamental structure of baroque melodies and the general bass accompaniment that was customary at the time. Indeed Johann Sebastian Bach, for one, was considered an outstanding improviser during his lifetime. And so it is that Landgren and friends breathe new life into these 300 year-old works, as if it were the most natural thing in the world. Through the trombone, saxophone and Norberg's guitar playing, which makes use of various open moods, the oeuvres take on entirely new tone qualities, but without the accompanists ever trying to force their way into the foreground, and instead concentrating on supporting Jeanette Köhn's pure soprano.

The pieces chosen for "New Eyes on Baroque" are as if tailor-made for the Swede. Köhn interprets known arias from cantatas and operas with her natural timbre and an expressiveness that consummately expresses the many and varied moods of the compositions. In doing so she exhibits her feel for baroque melodies as well as for "Nordic" simplicity. Two Bach chorales frame the album: It begins with "Jesu Joy of Man's Desiring", which is ironically the closing choral of a cantata, but which is a wonderful introduction in this arrangement, with a pre-, inter- and postlude by the soprano saxophone; and it is closed out by the final choral of the St. John Passion "Ach Herr lass dein lieb Englein".

Taken together, all the works have a certain sacral atmosphere – regardless of whether the lyrics are religious or secular, because in the final assessment it is the music that is supposed to touch the human soul. The ensemble succeeds in doing this in the most diverse of ways – be it with the delicate vocal part of Händel's "Ode To Queen Anne", the instrumental "Air On A G-string", probably Bach's most famous composition, or the lamentation "When I Am Laid" from Purcell's opera "Dido and Aeneas".

"New Eyes on Baroque" does without grand effects, captivating instead by means of the aura of the compositions that the musicians internalise. Köhn's compassionate voice, the natural sound of the acoustic ensemble and the sonorous Swedish Radio Choir are impactful enough on their own, and prove that it is still possible to lend a new edge to compositions that are centuries old.