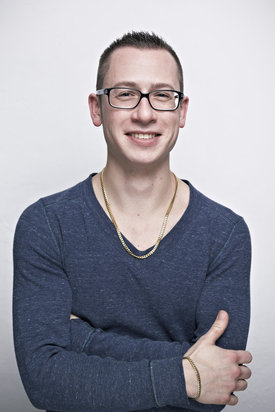 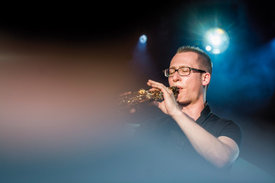 Produced by Klaus Scheuermann with the artists

“You are so young and play so great. I hate you!” Those were the words uttered by none other than David Sandborn upon meeting Jan Prax (born 1992 in Karlsruhe) after seeing the youngster’s impressive performance on the main stage of the Leverkusener Jazztage in 2013 – Prax was performing as a reward for winning the ‘future sounds’ competition the year before. The press drew similar conclusions as to his talent, the Hamburger Abendblatt noting that "Jan Prax plays the alto sax like the Devil incarnate...".

With its fresh, pulsating sound, the Jan Prax Quartett is seen as one of the promising newcomers of Young German Jazz. The four musicians passionately and playfully bring together traditional and modern elements of jazz and put their own stamp on it. Inspired by the timeless depth of the music of American jazz legends, the band's own compositions are a vibrant avowal to bebop and hard bop. “Keepin’ A Style Alive” is their debut album.

"Keepin’ A Style Alive" is an expression of love for the music of Prax's role models, such as John Coltrane, Charlie Parker and Jackie McLean, while at the same time representing a deliberate commitment to the jazz tradition. "The tradition of jazz and its history of development are very important to me," says Prax, and he goes on to say: "I admire the expressiveness of the old masters – the sound, the groove and the swing that they impart. That music is an important source of inspiration for my musical ideas and it adds depth to how I play."

Alongside his improvisational and technical qualities, it is this interplay between commitment to tradition and the desire to transport that foundation to the here and now by means of an open and modern approach that makes Jan Prax stand out. He is particularly fascinated by bebop and hard bop.

But Jan Prax does not fall back on well-known standards to realize his musical ideas, he composes his own pieces, in part together with his pianist Martin Sörös. The result is grooving, energetic music with a modern and individual style that shows what living jazz tradition means to a young musician like Prax with a so eminently mature sound.