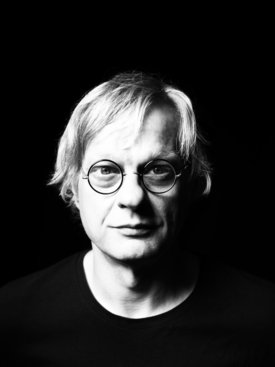 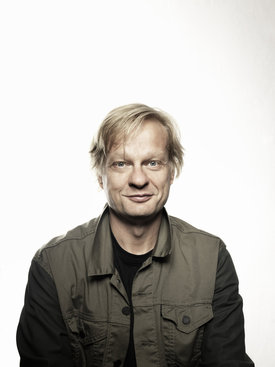 A homage to John Lennon

John Lennon would have been seventy-five on October 9th 2015. On “My Working Class Hero,” the Finnish pianist Iiro Rantala pays tribute to this master of modern song.

Rantala has demonstrated a particular gift for making this kind of homage once before. His 2011 album “Lost Heroes” recaptured the spirit of a different musical idol in each of its ten songs, and received the annual prize of the Deutsche Schallplattenkritik and an ECHO jazz award, whilst Germany's foremost broadsheet newspaper the FAZ proclaimed it as having “intelligence, humour, loads of feeling, unpredictable ideas and especially finely crafted piano playing.”

In this new John Lennon tribute, Rantala turns to the musician who is perhaps greatest of all of his ‘lost heroes’. “I heard John Lennon before I knew anything about jazz” says Rantala, “’Happy Xmas, War Is Over’ was my first encounter with his music when I sang it in the school choir at a Christmas concert. Even then, it took my breath away. How is it, I wondered, that this guy can write something quite so simple and yet so powerful?”

That same combination of simplicity and strength is perhaps also the greatest attribute of Rantala himself. The introduction to “Norwegian Wood” is remarkable for the way in which Rantala builds a chordal pulse which is precise, featherlight, and masterful. He subtly alters the colour and the dynamic with each separate attack of the keys. Even before the theme, with its 4/4 feel, has been fully and truly stated, a waltz has also magically stumbled into being.

On this track, and throughout the whole album, what may well sound effortless is in fact the result of a long and exacting process by which Rantala - in close discussion with producer Siggi Loch - has worked scrupulously on transforming the original material. The task they have given themselves has been to take world-famous songs, simple works of genius such as “Imagine”, “Woman” or “All You Need Is Love,” and adapt them in a way that something new emerges, while preserving the essence of each composition. In this, Rantala has succeeded in ways that are endlessly surprising. Sometimes he ventures forth and distances himself from the original in order to re-tell its story. On other occasions he might stay close to a theme or a melody, but let it appear in a new harmonic context. What emerges is music direct from the heart and the soul, steeped in groove and melody, combining humour and sadness, which delves into the intellectual depths, and yet always emerges with a sly nudge and a wink.

Rantala's consummate success in combining the clarity and the catchiness of Lennon's songs with the expressive possibilities of jazz may be connected with his musical background and his social circumstances. He grew up in a working class family, with his father’s cycle repair business in Helsinki as a backdrop. His early contact with classical music came via being a member of the celebrated boys' choir “Cantores Minores,” with which he also travelled to do performances abroad. There followed a classical piano education, and studies at the Manhattan School of Music. However, a pure jazz musician is something that he has never been. He continues to play classical music from Bach and Mozart through to Sibelius. For eighteen years he toured worldwide with the madcap Trio Töykeät. He presented a TV programme called “Iiro Irti” on which he gave concerts with pop musicians and heavy metal bands. He has written music for film, TV and for the theatre, however there are no conflicts or discontinuities in all of this contrasting activity, just simply and naturally music.

Rantala's playing has undergone a major transformation in the time that has elapsed since the wild days of Trio Töykeät and the recording of “Lost Heroes”. Virtuosity for its own sake has no place any more. His playing is still virtuosic – in that domain Rantala is in the absolute top tier of pianists. What has changed is that his craft at the piano is now subservient to musical expression. What stands out is his personal sound, his attack.... he exploits the full expressive possibilities of the concert grand piano. It might be appearing to state the obvious, but the actual instrument on which Rantala plays is of considerable account in Rantala's music. It is his musical companion, and in the case of “My Working Class Hero” an especially close one. This particular friend happens to have led a full, indeed rather a distinguished life. The Steinway D concert grand with the Serial No. 524780 was the piano on which Alfred Brendel played when he appeared in the Philharmonie in Berlin over several decades. These days, this piano has found a new home in Siggi Loch's “ACT Art Collection“ in Berlin. Rantala's close relationship with this instrument is audible; he describes it as his very favourite piano.

The solo recording “My Working Class Hero” is a dialogue with many dimensions: between Rantala and the instrument, between the room and its acoustics, with jazz legacy and pop history, and plainly between the pianist and his icon John Lennon. Lennon's music is for him completely current and at the same time timelessly important. Rantala says: “The key word here is sincerity. John Lennon believed in the things he sang about. He believed that people can live in peace on this wonderful planet, but that we are unfortunately far removed from that Utopia. That is why these songs awaken in the younger generations the same emotions that I had when I performed that song at school back in the 1980's. Lennon's star will shine on brightly for ever.”