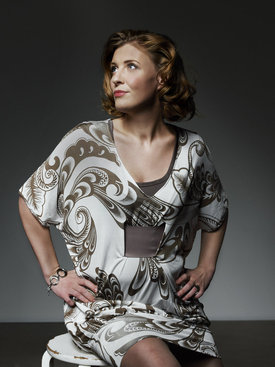 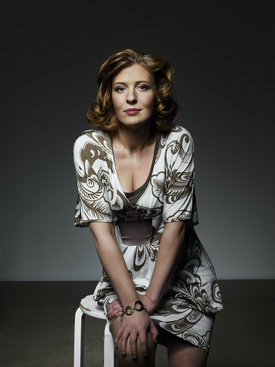 The debut release of a Scandinavian singer has seldom been as surprising as that of the Swedish vocalist Ida Sand two years ago with her album Meet Me Around Midnight (ACT 9716-2). It simply didn’t sound at all like a typical Scandinavian record. What the critics and the public heard was, “the most soulful white female singer to come along in some time” – earthy, tart, deep black, and authentically bound to gospel and blues. Beside this, another basic difference to a lot of other singers is that Ida Sand plays piano, and her singing and piano playing go hand in hand. And so with the help of the world-renowned Swedish groove masters and ACT regulars Nils Landgren and Ulf Wakenius, a timeless album with universal appeal was created.

For the new album True Love (ACT 9481-2), there has been no change of direction. Rather it takes on an even more personal sound than her previous work – one reason for this is that in the interim period Sand has become the mother of a baby girl. “Some of the songs have to do with my family and my good fortune to have a loving man and a child. But of course, I also sing other pieces that are more about companionship or have social meaning.” Did her pregnancy change her voice? “Not physically, but my attitude is different, and now it’s even more fun.”

The production was also a “family affair”. Ida’s husband, guitarist Ola Gustafsson, is once again on board, just as he was on her ACT debut CD. On True Love he not only plays the guitars, including the pedal steel and dobro resonator; he also takes on the role of producer. The album’s light and relaxed atmosphere has much to do with Gustafsson, who, after all, is a well-known name in Sweden’s pop and rock scene, and he has worked in the USA with Elvis Costello. The permanent members of the band include Per Lindvall on drums, Peter Forss on bass, Mattias Torell on the second guitar, along with guest musicians Peter Asplund on trumpet and woodwind player Magnus Lindgren. “All the musicians are friends of ours, and we’ve spent so much time over the years at the Atlantis Studio in Stockholm that it feels like our second home – so it was a real family get-together.”

One can hear how creative and harmonious the whole process was during the recording of True Love. “We played all the pieces together. I don’t tell the musicians what to play; each one should put their own personality into the music. A song should develop intuitively and naturally.”

The common denominator running through all the songs on True Love are their deep-rooted emotive qualities. At the album’s core are five outstanding original compositions, each with its own unique approach and direction, subtly catchy pieces that you can’t get out of your head.

There is the slow, pared-down ballad “My Biggest Fear”, her joyful sisters, “Notice Me” and “True Love”, the expressively heart-rending “As Long As You Love Me”, and finally the raw “Devil Game”, a “Fight Song”, as Ida Sand herself meant it to be. They are framed by Sand’s interpretations of classics from a variety of genres. Sand comments that, “I’m very choosy when it comes to the songs I sing. Nine out of ten of the songs I write end up in the wastebasket. So I take my time and look around. A good song is a good song, and that’s what is most important, regardless of where it comes from. “

And regarding the songs she has come up with, this time Ida Sand has struck it rich – not only with her choice of the old R&B heroes, such as Dewey Bunnell (“Ventura Highway”), Robbie Robertson (“The Weight”), and Allan Toussaint (“Who’s Gonna Help Brother Get Further”), and classics as “Loverman”. Neil Young’s pop classic “Heart of Gold”, Jimi Hendrix’s wild rock-outcry “Manic Depression”, and Bob Marley’s arousing Reggae Hymn, “Redemption Song” especially stand out in this amazing combination of finds. But they are all pared down to the essentials of the melody and rearranged within a totally new instrumental framework to the point that they are scarcely recognizable. “There is a completely different set-up for Bob Marley’s song, for instance. We did this on purpose – it would be terrible if we came out sounding like a cover band.”

That is definitely not the case here; with True Love Ida Sand has offered up a very personal declaration of love to her family, the music, and the world - a “true love” that one can only reciprocate.