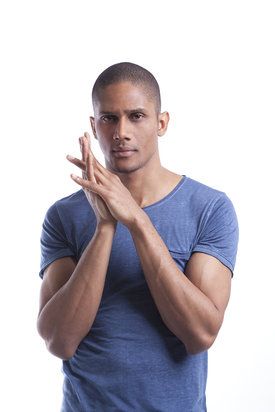 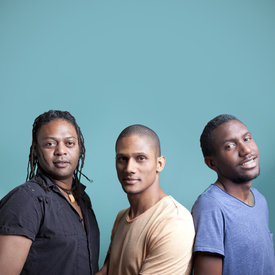 “Grégory always puts great spirit into the music. He is a real performer. As soon as I started listening to the album, I got carried away and did not want it to stop.” (Lars Danielsson)

The tree of jazz has many roots. One of them is to be found on the islands where the biguine began. It happened in the 1920’s in the Caribbean, or - to be more precise - in the two French “Départements d’Outre Mer” of Martinique and Guadeloupe. The beguine emerged as a swing dance, normally quite slow, which drew its inspiration from the Afro-Caribbean rhythms of the Gwoka and Bèlè, from the French musette, and from elements of Creole-American jazz. In the heyday of “Négritude” it was incredibly popular, which meant that it not only left a durable mark on jazz in France, but also on “Zouk,” the dominant pop music of Martinique and Guadeloupe.

The musical tradition of his native Martinique is, perhaps unsurprisingly, one of the defining strands in the musical DNA of pianist Grégory Privat, who was born there in 1984. He is the youngest and latest of the exceptional pianists in the ACT family of artists. And in his debut album on the label, “Family Tree” he demonstrates that this exalted company is precisely where he belongs.

The earliest musical influence on Grégory Privat was his father, a pianist and a member of one of the best-known Martinican bands, “Malavoi.” He was already encouraging the young Grégory to take piano lessons from the age of six. After ten years of classical piano training, Privat fils started composing and improvising: jazz became his musical home territory. For the next stage of his playing, it was a steep learning curve of sessions and gigs in Toulouse, the French city to which Privat had moved in order to pursue studies to qualify as an engineer. That experience garnered in Toulouse served him well when he moved to Paris, where his name started to become known on the jazz scene. The French capital‘s jazz life is vibrant and relatively open to different styles. At 27, Privat took the plunge, abandoned his well-paid office job for good, and finally began to concentrate solely on music. Before long he was playing with the most illustrious of the musicians originally from Guadeloupe such as the saxophonist Jacques Schwarz-Bart, the trumpeter and Miles Davis devotee Franck Nicolas and the master of Gwoka, the percussionist and drummer Sonny Troupé, who was to become his musical companion and close friend. Privat also worked with some of the key figures on the European scene, such as Stéphane Belmondo, Rémi Vignolo and a musician currently making major breakthroughs with his highly individualistic style of jazz-rock, Guillaume Perret.

Privat also recently joined the Liberetto Ensemble, which is run by his Swedish ACT label-mate, the world class bassist Lars Danielsson. Beyond the France, Privat has made the most impact until now with his 2013 project “Tales of Cypris.” This work is his setting to music or the story of the lone surviver of the 1902 Martinique eruption in which the Mont Pelée volcano buried the town of Saint-Pierre under ashes and rubble. That piece was the blueprint for “Family Tree,” an album in which he has brought all of his very fine qualities as musician to the fore.

Privat is a highly gifted storyteller. He has taken the almost ritualistic call-and-response “crick-crack” folktale tradition, a standard entertainment during extended outdoor gatherings in many Caribbean islands, and has continued the patterns of it into music. The title track “Family Tree” shows straight away the masterful way in which Privat sketches out elegiac melodies and brings them to life by timbres, voicings and moods that point directly to his Caribbean origins. Then there is his compelling, almost intuitive way of handling rhythm, to be found for example in the programmatic track “Riddim.” This is a virtuoso piece in which the underlying theme goes through dramatically bold tempo changes, but without ever losing touch with the core pulse. And there is “Ladja” which is inspired by the traditional martial art from Martinique and is based on Bèlè music. “Happy Invasion,” on the other hand, is a dialogue between two very different elements: rhythmically asserted chord clusters versus fine flowing single-note lines .

“All the elements of Caribbean music are present in me,” says Privat. “They find their way intuitively and naturally into my music. But I always try to go somewhere else, to discover new styles each and every day. It is a great privilege to meet musicians from other cultures. I’m really grateful that I am able to gather together such amazing experiences.”

With Grégory Privat, another strong personality is stepping forward into the spotlight of the international jazz scene. “Family Tree” singles him out as being in the foremost rank of creative talents who use all the musical means at their disposal to create a form of jazz which is modern and universal, while emphasizing its individual expression, and also its antecedents.

“My aim is to find a voice of my own which brings something new into the music,” he says. “I want to be surprised myself by what I do. I want to create music capable of making the world a more magical place.” It is no exaggeration to say that in “Family Tree” he has successfully accomplished this. On this album he has used the world language of music - and his own authentic and persuasive Caribbean accent - to tell new and completely magical stories.