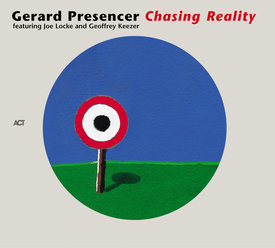 Gerard Presencer is universally recognized as one of the best trumpet / flugelhorn players in his field.

He was first noticed on the world stage at the age of 18, for his work with Rolling Stones drummer Charlie Watts, who he continues to work with; writing, producing and playing. However he is probably best known for his solo work on the 3 million selling album by US3, Hand on the Torch on Bluenote. It is Gerards' trumpet that is featured so heavily on the big hit of that CD, Cantaloop.

He has recorded with Herbie Hancock, Chick Corea and vibraphonist Joe Locke alongside with Bob Berg.

Gerard has always played many diverse forms of music. He has recently completed work on a filmscore with Jonny Greenwood of Radiohead. He has played and written for many others, including Jamiroquai, Ray Charles, Robbie Williams, Joni Mitchell and James Brown.

Gerard collaborated on an unplugged project, culminating with a duo performance of Roxanne on the BBC's Top of the Pops with Sting.

As an inprovisor, Gerard has been called upon to improvise in many different situations.He has also been an active composer, writing for large and small ensembles in different genres.

Gerard is Professor of Jazz and Popular Music at the Hochschule für Musik, Hanns Eisler, Berlin and Director of the Jazz Department at the Royal Acaemy of Music, London.