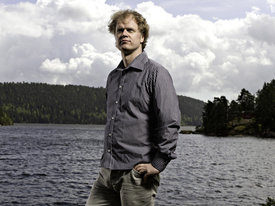 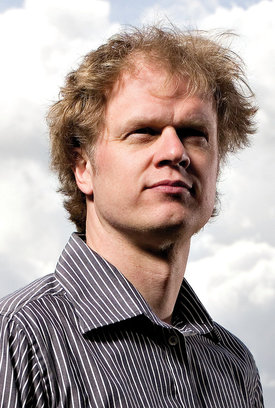 With such a line-up, Jazz has never sounded like this. Norwegian Geir Lysne’s music is audacious, complex, and startling. In a word – unheard-of. An electronic mouth harp grunts and grumbles, archaic cantos tumble head over heels – and horns slither and slide through mystically nebulous lines. Lysne’s music has repeatedly amazed the experts, who have in turn praised his work, and awarded him with the Norwegian Grammy. Aurora Borealis – Nordic Lights (ACT 9406-2) was the surprise hit of the 2001 Berlin Jazz Festival. It was followed by Korall (ACT 9236-2) and Boahjenásti – The North Star (ACT 9441-2), which won the German Record Critics’ Award as “best jazz recording of 2006”, and was nominated for the Danish Music Award in the Jazz category.

As an enormously creative sound synergist and virtuoso jazz composer, Geir Lysne could also dare to tale on the project at hand: an homage to the music of the Norwegian musical hero Edvard Grieg (1843-1907). The Edvard Grieg Society commissioned Lysne to write The Grieg Code for their congress in Grieg’s birthplace, Bergen, Norway. Lysne had already paid homage on Boahjenásti with his composition “GeirG” (Grieg spelled backwards, the first four letters being Lysne’s first name). The piece is a re-fashioning of the theme from the movement “The Death Of Ase” in Grieg’s “Peer Gynt” Suite No. 1.

Lysne emphasizes that the pieces in The Grieg Code are not jazz versions of Grieg’s compositions. He employs set piano, string, and vocal pieces from Grieg within his own compositions, but he re-works them to the point that they are unrecognisable. Lysne transforms a soprano canto line into a cool bass line, and a violin phrase becomes a drum groove. Lysne calls this procedure "musical anagrams". An anagram is normally a type of word play, the result of rearranging the letters of a word or phrase to produce a new word or phrase (Listen = Silent).

Lysne is such an original thinker that his musical anagrams are simply starting points for his excitingly original pieces. The compositions vibrate and pulsate, transport the listener, escalate into artfully interlocked and layered sounds as the music merges into masterful solos. The soloists include tenor saxophonist Tore Brunborg, flugelhorn-brass instrumentalist Arkady Shilkloper, and trombonist Helge Sunde – along with percussionist and mouth harp artist Terje Isungset.

Atmospheric images, landscapes, contemporary reflections: such are Geir Lysne’s compositions. What Grieg would compose were he a 21st century jazz composer with roots in Norway’s fiords, but exposed to all the global influences – that is what Lysne is attempting here. Lysne doesn’t solve the riddles of the respective originals – since his pieces really stand on their own. However, he gives some key clues through their titles: they are anagrams of Grieg’s original titles. There is also an original German language title, the musical setting of Heinrich Heine’s poem “Wo sind sie hin?” (Where have they gone?), which Lysne morphs into an anagram of two exotic words. The poem is then recited in Danish on the recording. It is a good example of how subtly the creative spirit deals with inspiration. It doesn’t matter whether one senses the meaning of the riddles, or simply enjoys Lysne’s new music: His compositions are highly complex ensemble-jazz with a Norwegian atmosphere and a contemporary flare. Time and again an absorbing sound. Great listening from Lysne.