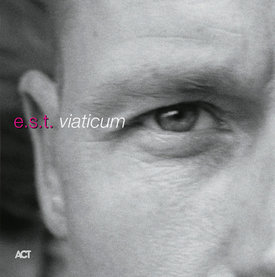 The Esbjörn Svensson Trio has now been in existence for a good ten years and in the past three has been at the centre of international attention. But even so, the pianist can’t quite absorb the level of excitement about him and his trio. The talk is of "wonderfully exciting sound masterpieces", of the "art of effective simplicity", of "hypnotic hymns" and of "jazz, which gives enough air to breathe, while on the other hand taking one’s breath away." Esbjörn Svensson is slightly amused whenever he reads the adulatory critical praise after every new release: "We have been making music together for such a long time. And we are just playing what seems most natural for us."

Now we are waiting to see if the euphoria about the release of the new CD Viaticum  will, despite the eye-dropping modesty of its creators, will be of a similar magnitude to that which accompanied the release of predecessors Strange Place for Snow (2002) and Seven Days of Falling  (2003). These releases seemed to win every prize going in the international music world: two German Jazz Awards, the annual German critics’ prize in 2002, BBC Jazz Award for Best International Artist of 2003, the special prize at MIDEM 2003 and the French Grammy "Victoire du Jazz 2003". And those are only the most important. The latest is the award of the "European Jazz Prize" to e.s.t. in December 2004, which is given by the Austrian Music Office (AMO) in conjunction with the Austrian Ministry of Culture and the City of Vienna cultural department. A jury from 23 European countries choose the winner "who has attracted major attention on a high artistic level in the international jazz field".

e.s.t. is almost permanently on the road. In the last two years the band has performed hundreds of concerts around the world and already it seems as if 2005 will also be fully booked. But the enormous strain of travel doesn’t seem to bring the cool Swedes out of their stride. In Summer 2004 the band took a month to record their new album in the well-known surrounding of the famous Atlantis Studios in Stockholm, and with an old friend, engineer and studio boss Janne Hansson.

Svensson doesn’t really like to describe the music on his album, but he explains: "It is clear that the proportion of the composed elements has grown, as we don’t jam as much as we used to." When the talk is about the melodies and arrangements, Chopin has still a very special influential role for Svensson, but that of Johann Sebastian Bach should not be underestimated.

An almost telepathic understanding for one another means that the trio is able to record an album in which they know how to merge the intensity of their almost legendary live shows with the technical possibilities of the recording studio.

The trio places great weight on the titles of the individual compositions. Their titles invite, in just a few words, the opportunity to allow a deeper understanding of the music: "Letter From The Leviathan", "Twenty-Eight Days In My Veins", "In The Tail Of Her Eye". Don’t they sound like a sort of poetry? Svensson replies: "It’s really important to us to have titles that sound right. When the decision for the specific tracks is made, it’s usually left to (drummer) Magnus Öström. He takes the time to find the most appropriate concept. The art of this however lies in the fact that the imagination of the listener shouldn’t be distorted and each should be able to create their own image in their head."

If not before, the title track is likely to cause your imagination to run riot - do the three Swedes really mean "the Eucharist when administered to or received by one who is dying or in danger of death" as defined by the Oxford English Dictionary? Svensson clarifies the situation: "If you want to think of it in those terms, don’t let me stop you!  But the word has another meaning.  Just think of Viaticum as simply the provisions which the band would like to give you to take along on your journey."