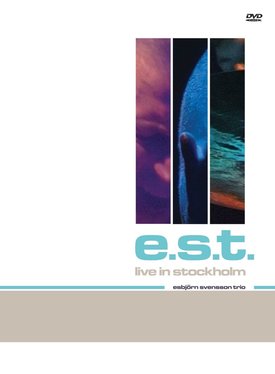 On December 10, 2000 Stockholm´s famous Nalen rockclub was the setting of a concert of the Swedish trio e.s.t. (Esbjörn Svensson Trio) that has been captured for this DVD.

On the sell-out night in their home city the band delivered one of the most memorable concerts of that year consisting of material from their then previous three studio albums "From Gagarin´s Point of View", "Good Morning Susie Soho", and "EST plays Monk", including their hit singles "From Gagarin´s Point of View" and "Dodge the Dodo". Having said that, there is one song on this DVD though that has never been released on any other of the band´s sound carriers before: "Bowling".

The DVD reflects and captures in the best possible way the spirit and the energy of e.s.t.`s live appearances as thousands of people have witnessed it over the years. It documents the effort of the band to deliver a concert for ears and eyes with a sound and light dimension that is unique in its field. To accommodate the vision of the musicians the filming was done in a very creative and unique way and much effort was put into the editing of the material. There were eight cameras on the set - most of them moving cameras - capturing unique angles of the performance and the musicians.

To even enhance the sound experience the DVD contains a 5.1 surround sound mix of the music, which gives e.s.t.`s songs yet another dimension.

Besides the concert recording the DVD contains two video clips of the band as previously released for use on Music television and internet and a photogalerie with photos of the band. It also contains an interview of the band shot throughout the editing process of the making of the DVD, in which they reflect about the evening at Nalen, their music and vision.

This DVD is the ultimate MUST for each fan that would like to reproduce the unique experience of an e.s.t. concert at home.