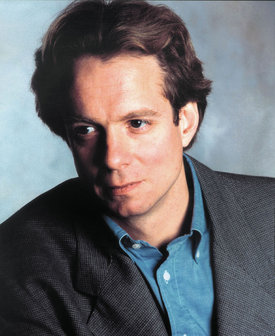 When Eric Watson moved to Paris in 1978, he was already a strikingly original pianist, as his adopted country soon discovered. His touch, with its infinite variety of nuances, established him as a distinguished international performer destined to share his musical innovation with audiences all over the world. Born in the U.S. in 1955, Mr. Watson is a graduate of the Oberlin Conservatory, where he studied classical piano, composition, and jazz improvisation. As a composer-performer he has constantly stretched the cumbersome boundaries between written and improvised music. He lends spontaneity to composition, and discipline to improvisation – while perpetually developing a new and fiercely independent musical language.
Known for his predilection for small groups of 2 to 4 musicians, Mr. Watson has collaborated with some of the most distinguished artists of his era: Paul Motian, Steve Lacy, Ray Anderson, John Lindberg, Joëlle Léandre, Albert Mangelsdorff, Daniel Humair and Linda Sharrock, among many others. He is also considered by many to be the ideal interpreter of Charles Ives’ solo piano music, a reputation acquired through an impressive array of recordings as well as numerous solo recitals throughout Europe.
His compositions have been abundantly recorded by various record labels, and numerous commissions include “Martial Arts” (1986) written for Martial Solal and the French National Jazz Orchestra and “The Twisted Suite” (1992), written for the Reader’s Digest - Meet the Composer Commissioning Program. A passionate lover of modern dance, Mr. Watson’s most successful efforts in this idiom are generally considered to be “No Beards in Albania,” presented at the Centre Pompidou in Paris, and “Games of the Doll” for the Reflex Dance Group of Groningen, Holland.
In 1998 he formed a trio featuring two artists who need no introduction: bassist Mark Dresser and drummer Ed Thigpen. The group released its first recording entitled “Silent Hearts” in October 1999. The stunning critical acclaim culminated with the record’s nomination as one of the ten best albums of the year by the prestigious French daily newspaper Le Monde. In June of 2001, the trio gave two sold-out performances at Merkin Concert Hall in New York City, which were received with standing ovations.
Having received a commission for a new chamber music work from Radio France, Mr. Watson completed “Bénévoles,” written for the Australian violinist Jane Peters, in 1998.
Yet another commission followed in 1999, this time from the State Theater in Poitiers, France. “Full Metal Quartet” is an hour-long chamber jazz composition in which the trio is joined by tenor saxophone great Bennie Wallace as guest soloist. The resulting recording was acquired by the major record company Universal and released worldwide in October 2000.
While fundamentally a jazz musician, Eric Watson has consistently demonstrated his ability to contribute in contexts well beyond the realm of jazz. His dance score “The Peking Ballet” was commissioned by Radio City Music Hall and seen by 200,000 people during the summer of 1984, while multi-concert series of his music have been presented by the Lyon Opera and the State Theater in Poitiers.
He composed a 30-minute work for solo piano entitled “Constellations,” commissioned by the GMEM Contemporary Music Festival and which premiered in Marseilles, France.
In November of 2001, Mr. Watson transcended another boundary when he was appointed artistic director of La Villette Jazz Festival, the largest and most prestigious jazz event in Paris. At the same time, he assumed responsibility for jazz events at the Cité de la Musique, generally considered to be the crown jewel of French concert venues.
In February of 2002, a solo piano recording entitled “Sketches of Solitude,” consisting of original ballads and pieces by such masters as Bill Evans, Jimmy Rowles, Mal Waldron and Thelonious Monk, was released by Night Bird Music, becoming one of the best-selling jazz albums in France.
February 2003 brought yet another honor: Eric Watson was inducted as a “Chevalier des Arts et des Lettres,” or a knight in arts and letters, by the French minister of culture, Jean-Jacques Aillagon.
A French tour in April 2003 saw the premiere performance of a new quartet suite composed for the German tenor saxophonist Christof Lauer. The compositions were recorded by the prestigious German label ACT and released in the Fall of 2004 under the title Road Movies (ACT 9429-2) The album was named Record of the Year by the prominent French jazz monthly, Jazzman, among many other distinctions from the European musical press.
Eric Watson has been signed to an exclusive long-term recording contract with ACT Records. In the Spring of 2005 the French Institute and the Goethe Institute invited his quartet to Asia for performances in Hanoi, Jakarta, Bandung, Surabaya, Kuala Lumpur and Sydney to commemorate the historic Elysée Treaty of Franco-German cooperation. He is presently composing new music for the next ACT album while performing throughout Europe. Jaded Angels (ACT 9452-2) a trio album with Peter Herbert and Christophe Marguet will be released end of October 2006.