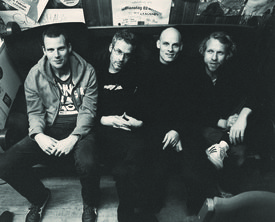 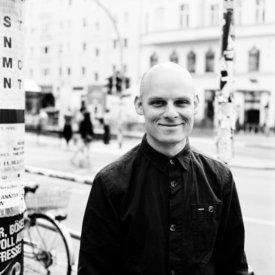 On “Bliss”, Eric Schaefer and his band The Shredz blend the fusion jazz of the sixties with the jazz dub of the nineties and the club music of today to concoct an explosive hubble-bubble of a magic brew. Although it sometimes sounds like it, it’s not Voodoo,

It is merely the logical continuation of what made Schaefer’s playing so unique from the outset: style and good taste, skills and know-how, complex compositions and improvisatory passion. Rooted in hardcore and matured in jazz, Schaefer plays a range that goes way beyond the scope of any academic colloquium.

In 2013, to coincide with the 200th anniversary of Richard Wagner’s birth, Schaefer brought out his ACT debut as band leader in the form of “Who’s afraid of Richard W.?”. Without trepidation he gnawed Wagner’s music down to its skeleton, to then toss the bones into new constellations.

Two years later, he has called the same, proven musicians together - only the trumpeter has changed - to complete the next stage of the evolution with “Bliss”. With John-Dennis Renken’s soaring trumpet tones and Volker Meitz’s gurgling organ sounds, The Shredz invoke the spirit of the electric Miles Davis sessions. Schaefer and bassist John Eckhardt switch back and forth between feverish Bitches Brew Groove, Laswellian Dub fusions and pulsating club sounds. “We wanted to go on a trip together, achieve a kind of trance state,” says Schaefer of the recording process.

“And you can’t get there without factors like repetition and groove.” On this journey the tracks often formed themselves out of unplanned moments that arose when jamming together. But fans of Schaefer’s compositions also get their money’s worth. In “Barber”, for instance, when a trumpet elegy underpinned by strings stumbles through various different groove states, to then ultimately turn off onto an ambient final stretch of the spheres driven by a kind of live Roots Manuva Riddim.

“After all the Shredz concerts, we just celebrated our joy of jamming and improvising for the recording.” For the band’s sound, the collective interweaving is more important than the individual expression in the solos. In this way, the band is the theme on “Bliss”.