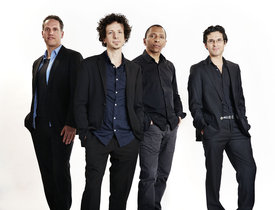 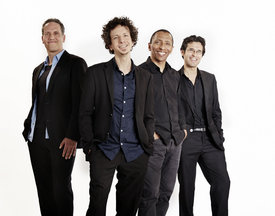 It was the awakening (Despertando) of a tinge of longing which inspired Diego Pinera to record this album. More than seventeen years after having left his native Uruguay, he re-visits his roots, the influences which first left their mark on him, and the legacy which made him the musician he is today.

His choice of compositions is highly personal: tunes by Gato Barbieri and Ernesto Lecuona are clear cultural references to Argentina and Cuba (Pinera also studied in Havana). His own composition “Osvaldo por Nueve” is a homage to his first teacher and mentor Osvaldo Fattoruso. It is also Pinera’s modern take on the ‘candombe’ folklore tradition, popular in Uruguay. The track “Yakarito Terere” is personal too: a composition by his father, inspired by a memory from childhood, of regular excursions into the hinterland of Montevideo.

Pinera’s encounters with Latin American music, and with jazz in all its breadth, have led him to develop an unmistakable style which serves as the artistic filter for “Despertando”: through the combination of his advanced conception of rhythm, a jazz sound with a Latin touch, and the freedom of improvisation, this album becomes a portrait of the artist in full, and one in which his strong character comes across vividly.

Pinera’s fellow musicians also inhabit this field of creative tension. Each of them has a very different musical background, and together they combine to make a concept of jazz which is stylistically open, deeply marked by their origins, and coloured by Latin American music.

This unusual chemistry between the musicians - and also their extraordinary talent – keep the music fresh and airy; there is musical complexity and virtuosity in abundance, but it is imbued with great subtlety.

“Despertando” avoids all temptation to wallow in nostalgia. What Pinera has achieved is to re-invent the place he dreams about, to awaken Latin jazz in a way which is deep-rootedly his own, and is able to stand on its own terms. Far removed from folklore, cliché and superficiality, this is not a reversion to the past, but to the present.