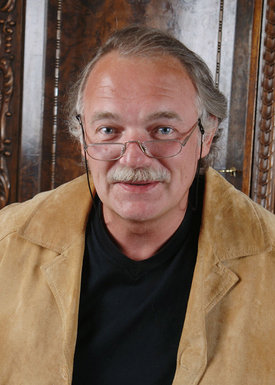 Whoever believes they have heard everything that jazz and its related musical categories have to offer should listen to the first bars of the title track to Chris Beier’s CD Aeolian Green: they will be confronted with some truly “unheard of” music. Every note is in the aeolian or “natural minor” scale. Nevertheless, there is a bluesy feeling, and a surprisingly compelling strength that you just can’t ignore. In turn, sounding almost like a compatriot of Eric Satie, the composition “Aigues-Mortes” amplifies on jazz’s basic improvisatory approach.

Beier has been developing his own original style since the beginning of the 1980’s when he began working as a sideman for such jazz greats as Albert Mangelsdorff, Aladar Pege, Bill Elgart, Jörg Widmoser and John Etheridge, and as member of various groups led by renowned Polish saxophonist Leszek Zadlo. He has also been leading his own groups, such as “Space” (with Zadlo and bassist Rainer Glass). Beier plays a music with an accent on its European roots in which the American jazz idiom melds with the modern classical. Here McCoy Tyner is as much an influence as Debussy, Ravel and Bartok. Correspondingly, rhythm, which plays such a dominant roll in jazz, is subordinate here; Beier is a harmonist.

With the Suite “Angel Memory” (based on motives from Alban Berg’s Violin Concerto), “Ratisbona”, his concerto for saxophone and symphony orchestra, the two hour suites “Ragas & Sagas”, and his composition “Winds of Akasha”, which was written for the 17-member Overtone Orchestra, Beier has composed a series of narrative works that exhibit a harmonic opulence that seem to fit more in the “classical” music rather than jazz category. From 1997 through 2001 Beier shined as musical director of several highly-acclaimed productions at the Nuremberg City Theatre. Such a depth of fundamental knowledge would explain why Beier would be such an exceptional teacher.

Beier has headed the jazz division at Würzburg’s college of music since 1987. You can’t consider today’s jazz scene without including some of Beier’s former students: Bernard Pichl, Michael Flügel, Peter Fulda and, above all, Michael Wollny. “Wollny was the best student I ever had”, said Beier. “Everything came together with him. I began teaching him when he was 15. When he began his college studies he already had absorbed five years of studies with me.” Whoever has heard the groundbreaking CDs of ACT artist Michael Wollny - who may well be Germany’s most important jazz pianist - can find traces of Beier’s schooling and credo: uncompromising concentration on one’s individual sound and the conjoining of European music with jazz.

Beier was ahead of his time, a time when - with there apathetic favouritism towards American performers - the “jazz police” ruled. Up until now his students have been the main beneficiaries of his immense talent. So at this late date he strolls into the spotlight with Aeolian Green, and his belated entrance is all the more impressive. As Beier admits, he has come closer to himself through this solo project. A tragic blow to his career has played an important role in all this. Beier has suffered from “focal dystonia”, a neural disorder that effects movement, usually in the region of the throat or the eyelids, and in rare cases, the fingers. The fine motor synapses in the brain get tangled up as it were, and in a sense short-circuit. Without warning a finger will instantaneously cramp-up or fall asleep, making faultless playing impossible. Because of this Beier was forced to discontinue performing in concert. “It’s both a curse and a blessing,” says Beier, “now I must concentrate totally on which sounds I really intend to play. That’s how this recording came about.”

The recording was made at the Würzburg College of Music, and master sound engineer Michael Hanf did a perfect mix. From the outset Chris Beier was thinking about releasing the recording, but it also was meant for Beier’s own private use. “In the meantime I’ve become a little autistic and want to hear music that coincides with my ideal conceptualisation. Since I can’t find it anywhere, I have recorded it myself. I’m probably the happiest listener of my own CD.” Without Beier’s knowledge, Michael Wollny gave ACT head Siggi Loch a copy as a birthday present. If Wollny had not done so, the world would probably not have so quickly had the chance to hear this unique music, music that flows quietly but energetically as it continuously creates new colours and harmonies.