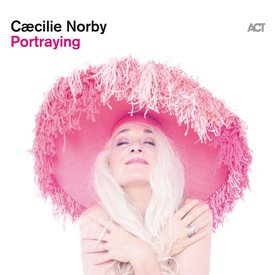 A Musical Portrait of a Great Singer

16 tracks, over one hour of music, four previously unreleased tracks

Cæcilie Norby is one of the leading singers in Scandinavia. Her music moves between the worlds of jazz, blues, soul, pop, rock and classical music. Norby masters everything, and always in a way that makes her instantly recognizable. She was the first Danish artist to be signed by Blue Note, and has worked with a panoply of international stars.

With close to half a million album sales, Cæcilie Norby is one of the most successful jazz artists in Europe and one of the most important figures at the intersection of pop and jazz. "Portraying Caecilie Norby" shows the many different facets of her vocal craft, with recordings dating from the early stages of her career right up to six new and previously unreleased tracks. She is accompanied by pre-eminent musicians such as Lars Danielsson, Curtis Stigers, Leszek Możdżer, Bugge Wesseltoft, Marius Neset, Randy Brecker, Rita Marcotulli and many more. Also included are two pieces from her recent appearances as featured artist on "Toppen af Poppen" (The Great Singers) on Danish television.