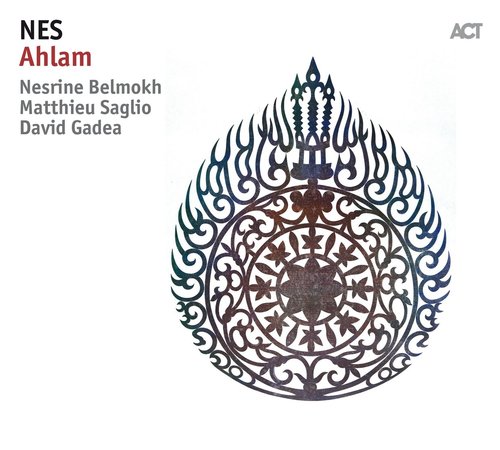 The London Times has selected the album "Ahlam" by the Valencia based trio "NES" among the 100 best overall albums of 2018. This marks yet another highlight in a series of remarkable press reactions since the release of the album on August 31st, 2018. The album fuses influences of jazz, classical music and folklore from the Mediterranean and Middle East, in French, English and Arab language with voice, cello and percussion.

„Nesrine Belmokh is an incandescent, multilingual talent and „Ahlam“ one of the albums of the year.“
- The London Times (GB)

„New, wonderful music and a voice that aims straight for the heart.“
- Arte Metropolis (DE / FR)

„An album with immediate charm and a beautiful crossing of feelings and moods, a stroll between lightness and melancholy.“
- Le Monde (FR)

„An inventive trio switching effortlessly from Arab-Andalusian styles to blues and chanson. / World-music album of the month.“
- The Guardian (GB)

„A poetic trip through the musical world of the Mediterranean.“
- WDR (DE)

„The time for NES has come.“
- Deutschlandfunk (DE)

„Nesrine Belmokhs voice has an hypnotic attraction that one cannot resist.“
- Kulturzeitschrift

„It is this kind of little wonders for which we like the ACT label. A work of intelligence, beauty and poetry and an indispensable album that seduces and captivates you.“
- Paris Match (FR)

„From this formation we can only expect great things, while we continue to listenen to ‚Ahlam‘, hypnotized and seduced.“
- Masjazz (ES)

„Now that we know NES and their music, we can only say that we want more.“
- Distritio Jazz (ES)

„An extremely interesting album for all who prefer ethnic music in a broad sense.“
- Longplay (PL)

„NES juggles genres without ever falling into clichés, mix emotions and universes. Crystalline, intelligible and luminous, this album soothes the listener and forces the spirits to open to diversity.“
- Culture Jazz (FR)

"If you like Arabic pop this album is a goldmine. The singer Nesrine Belmokh has an enchanting voice, orientally coloured with Andalusian blues and French chanson. She sings both in Arabic, English and French. A solid album, yummy for both ears and soul."
- M magazine (SE)