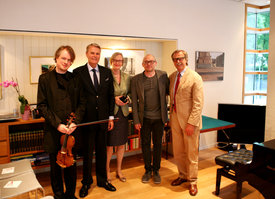 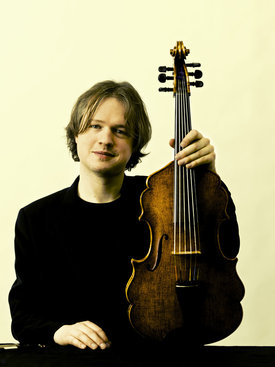 In early Spring 2011, a chance meeting happened between Siggi Loch and me at Schloss Elmau. I confessed my great love for Bugge’s Wesseltoft`s piano playing and was thrilled when I learned that not only was Siggi the founder of the ACT label and producer of “It’s snowing on my piano”, but also that he wanted to make a new recording with Bugge and me. He promptly got Bugge on board and booked Rainbow Studio with the legendary Jan Erik Kongshaug to do his audio magic. Bugge and I started researching songs and melodies that have meant something to us from childhood onwards and also inspired us in our improvisation. One of these songs was “Til Ungdommen”, which later this summer should gain a completely different meaning.

Terror struck Norway hard and brutal on 22nd July 2011. One single man detonated a bomb in Oslo and later that day had killed 69 people, some as young as 14 years old at the political youth camp on the island of Utøya. In the aftermath in the days that followed, this song which translates to “For the Youth” was used in Norway, both as means to unify against terror and in the healing process for the whole nation. The CD “Last Spring” was recorded in the Autumn 2011 and released in Spring 2012. Now when making this new vinyl version we are in 2019. Over the few years, “Last Spring” has transformed in its meaning for me and has become more and more music for consolation.

Since the LP has a shorter minute count than CD, we have chosen to remove some tracks and thereby make a new storyline by changing the order of the remaining songs on both sides of this album. It now starts with the medieval ballad “Margit Hjukse”. Bugge’s introductory “E”s in the beginning represent church bells barely heard from inside the mountain. Margit is there dreaming about seeing her family again, even if only once. Then “Lilja”, “Byssan Lull”, “Sæterjentens Søndag” and “Maria durch den Dornwald ging” form this Side A as if seen through the eyes of a young woman.

Side B opens with “Gjendines Bådnlåt”. This melody was originally notated by Grieg when hearing Gjendine singing it for her sister’s child, using the back of a cow as a makeshift desk. It is here that the viola solo starts on the lullaby’s words “sova no, sova no”. Grieg’s own “Last Spring” expresses - through Vinje’s words - gratitude to experience one last spring. In “Til Ungdommen” I use my “viola concorda” which spans down to the deep cello register with its six strings. This is also used in the following “Blåmann” which is one of Norway’s most used lullabies that both Bugge and I grew up with. Brahms’ “Wiegenlied” concludes this LP and was, in the Norwegian poet Henrik Wergeland’s translated text, what my mother sung to me at the very end of the day.